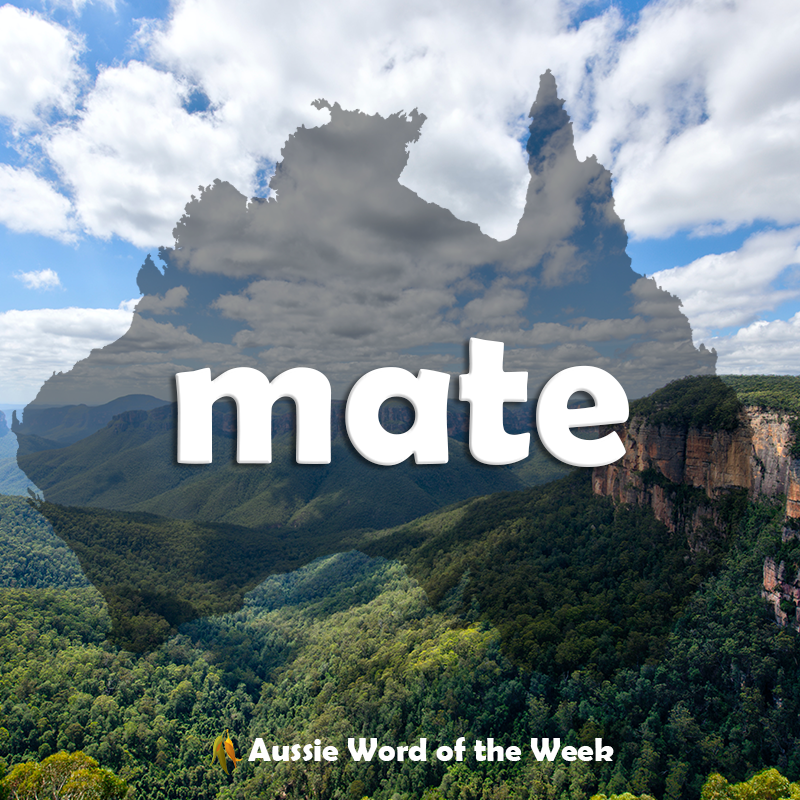 This week's blog features a quintessential piece of Aussie slang. Mate is renowned the world over for its place in the Aussie lexicon, so much so that it is used by Prime Ministers and Presidents to refer the relationship between Australia and the United States.

Mate is an expression of true and undying friendship. Equivalent to the British chum and American buddy or pal. As in They've been good mates from way back, or Never let a mate down. This generally masculine bond is known as mateship. Mate is a very serviceable word and is also commonly used as a form of address, as in G'day mate – and this can be said to someone who is a true mate, or just an acquaintance, or even someone you don't know but are meeting for the first time. Mate can also be used to refer to some bludger who ain't your mate in the slightest, like, You got a problem with that, mate?

Maaate is a long, drawn-out way of saying mate. Used in various contexts, such as a friendly greeting when two mates are pleased to see one another, as a way of cajoling a mate into agreeing with you, or as a way of placating a mate who is getting a bit hot under the collar.