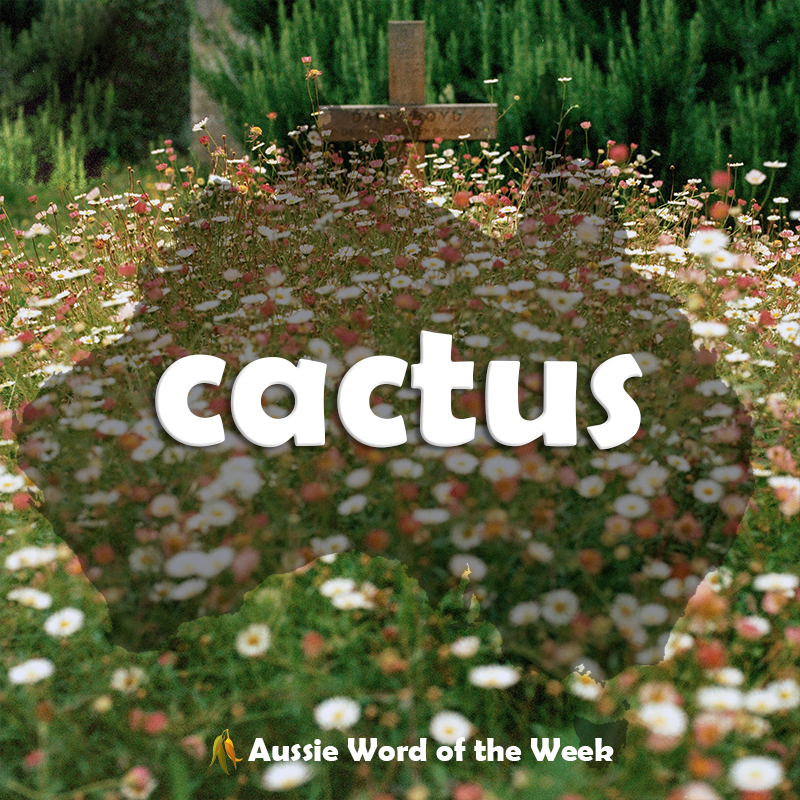 This week's blog is cactus, that is, ruined, as in we aren't going anywhere, the engine's cactus. Someone in trouble is said to be in the cactus. No doubt referring to the dreaded prickly pear which once covered so much of the country, at least, before being eaten holus bolus by the cacto, the wondrous Cactoblastis cactorum moth which was introduced as a biological control.

Cactus got us thinking about other slang words for broken or ruined, so we dipped into our database and found a lot of examples from Australian English.

Boonted means messed up or broken, while clapped-out can mean exhausted and weary or broken and in a state of disrepair.

Onkus means no good, hopeless, crap, broken or out of order. So it covers a lot of ground linguistically. Unfortunately, this old Aussie slang dating from the 1910s is dying out, or likely already dead. Its origin is unknown but it is also used in New Zealand, but in the completely opposite sense, meaning good.