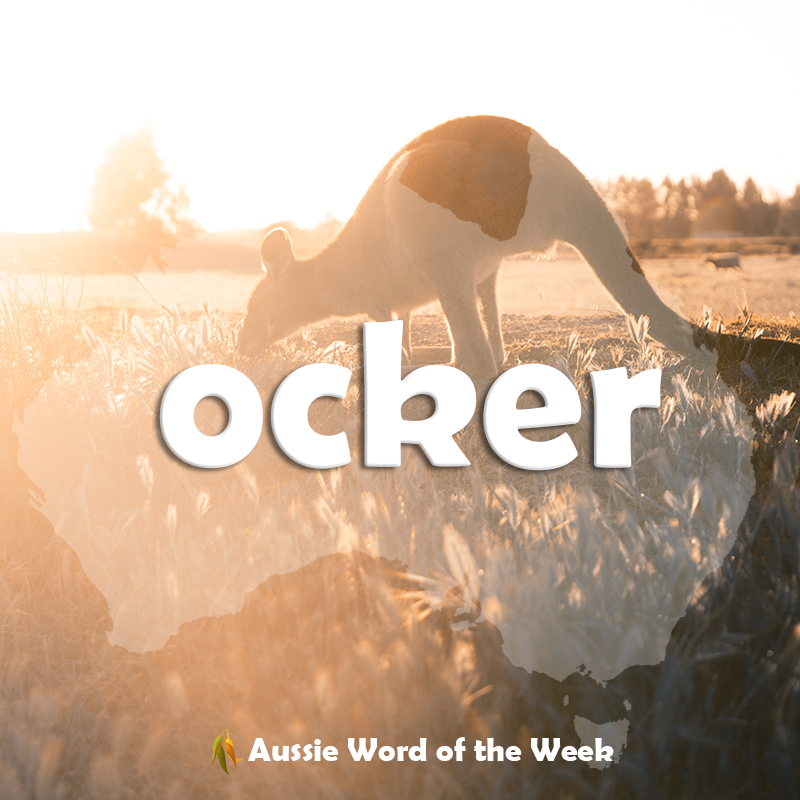 Slip on your thongs and grab a stubbie because this week we going ocker. Referring to the archetypal uncultivated Australian working man, ocker also known as occa and okker, is generally used in a negative way to depict a chauvinistic, misogynistic, sports-loving, beer-gutted, esky-carrying, rubber-thong-wearing yob who is totally lacking in sensitivity, compassion, gentleness and insight.

It's not all bad, the exact same ocker bloke can be seen in a positive way as an honest, laid-back, fair dinkum, fun-loving larrikin. An ocker bloke is an Australian cult figure, popularly satirised in the 1970s by the likes of Paul Hogan, and the Barry Humphries creation Bazza McKenzie.

In origin, the term derives from the typically Aussie way of colloquialising the name Oscar. From as early as 1916 blokes named Oscar were called Ocker. In the late 1960s a TV comedy called The Mavis Bramston Show had a character named Ocker, played by Barry Creyton, who was your typical uncultivated Australian male, and it is probably from this show that the word was first disseminated throughout the country.

In some ways the ocker is a predecessor of the bogan, who you can read about elsewhere on our blog.