Out the back of the backblocks 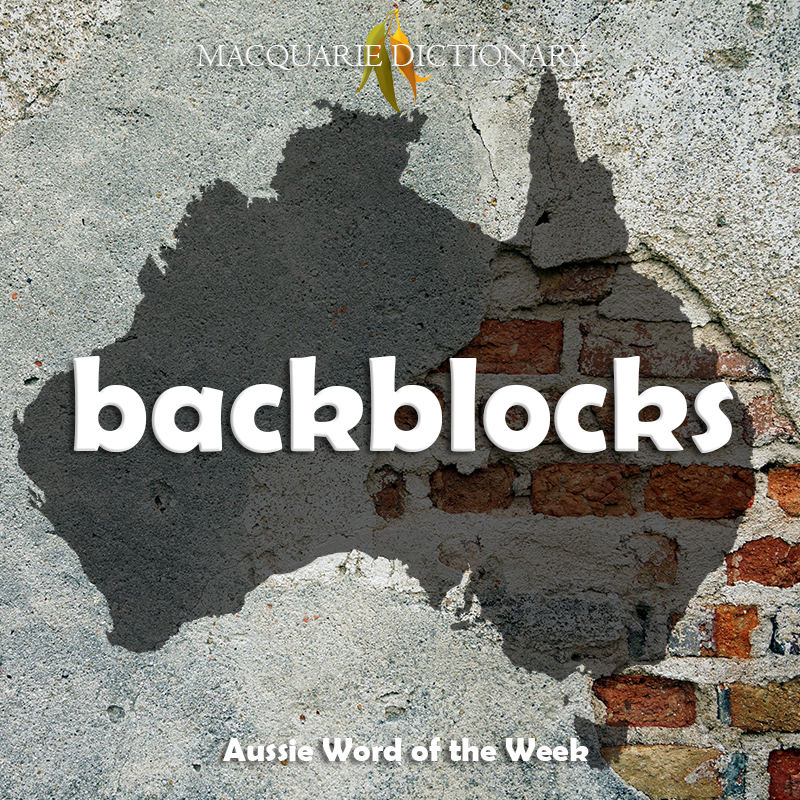 This week we are travelling over topography, out of our dense city centres to the backblocks. Part of Aussie slang since the 1860s, backblocks is a term for the outer suburbs of a city. It also refers to remote, sparsely inhabited inland country.

Our cities look very different now than they did in 1860. Compare old maps with your city on Google Maps and chances are you will see a patchwork of new housing where before there were only farms and scrub. Exurbs is one word to describe the backblocks that stretch beyond suburbia. An exurb is a settlement located at a greater distance from a city centre than a suburb, often beginning as a small rural centre with housing development which at a later stage is encompassed by the city or city satellite

The backblocks and exurbs are often populated by the derisively named McMansions: a home viewed as large and opulent, but lacking any individual character or charm, and not blending with the other houses in the neighbourhood.