Watch out for boomers at the beach, and on the streets 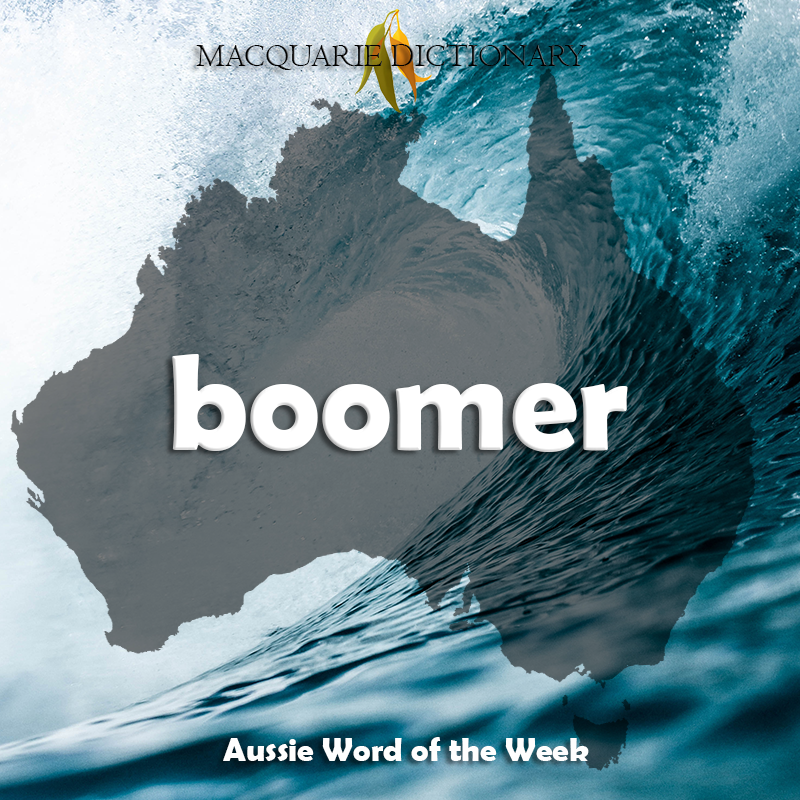 There are a lot of very different meanings for the word boomer in colloquial Australian English. The most common is as something large, like a crashing wave. But it is also popularly known to mean something successful or popular, as a party or song. A newer reference, unrelated to these two, is simply as the shortened version of baby boomer.

Of course, it doesn't stop there. A number of Australian animals are affectionately known as boomer as well. The mature male eastern grey or forester kangaroo, or indeed, any large male kangaroo can be called a boomer. Also, the male quokka (known globally thanks to Instagram posts from Chris Hemsworth) and even the Australasian bittern, thanks to its booming cry.

And finally, this gem from the Macquarie Slang Dictionary:

a hoon in a hotted-up car with a booming sound system.

Try that out on someone trying to learn Australian English!