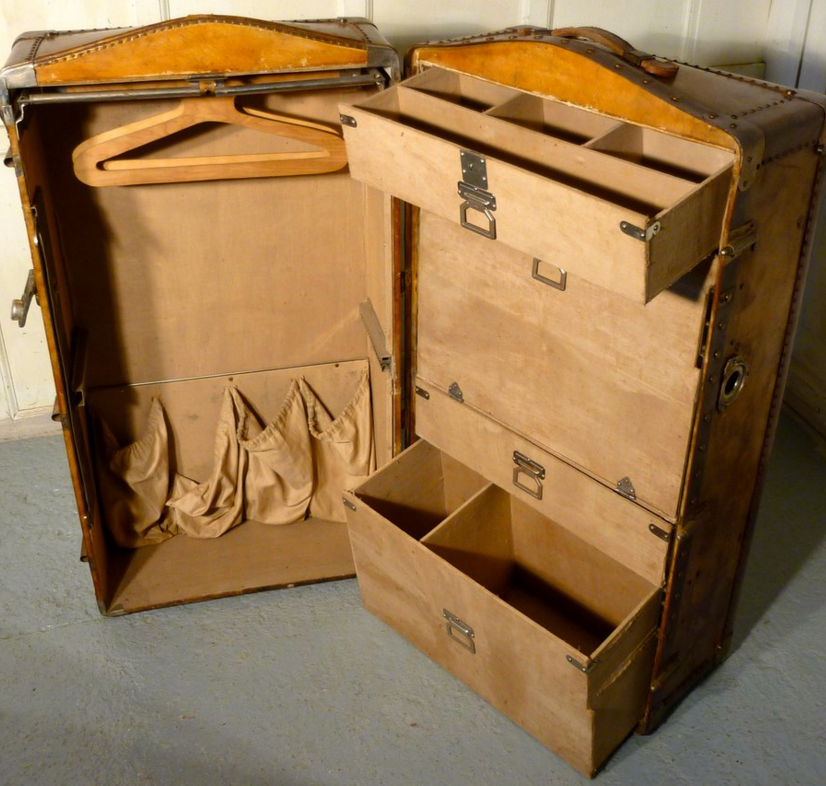 Crunching words together to make a new coinage has been a popular pastime in the English language since the nineteenth century, producing in more recent times blends such as brunch [breakfast and lunch], bodacious [bold and audacious], bromance [bro and romance], himbo [him and bimbo], faction [fact and fiction], chatterati [chatter and literati], and cronut [croissant and donut], to name a few.

It is a form of wordplay to put two words together so successfully that they capture a new meaning while still reminding us of the meanings of the individual words. We can still see breakfast and lunch in brunch, and so understand that brunch is somewhere between those two established meals.

A blend is also known as a portmanteau word, a term devised by Lewis Carroll. In Through a Looking-Glass (1871) he wrote: ‘You see, it’s like a portmanteau … there are two meanings packed up in the one word’. The image was of the old-style portmanteau suitcase which was two halves hinged together. It could be stood on its side with the two parts accessible to the owner. In some of the larger ones, clothes could be hung on one side.

Lewis Carroll himself invented a few words of this type, some of which we still use. We can thank him for chortle [chuckle and snort] and galumph [gallop and triumph]. I am not sure if even in Carroll’s day, readers would have seen gallop and triumph in galumph but the coined word is itself so satisfactory that it didn’t and doesn’t matter. Onomatopoeia takes over. Other Carroll inventions such as slithy [slimy and lithe] and mimsy [miserable and flimsy] do not have general currency although they remain popular words in the poem Jabberwocky.

The other person who played about with words in this way was Charles Dickens but he did it mostly in the invention of names for his characters. It is as good a way as any of coming up with a name. Thus he arrived at Mr Murdstone by blending murderer and stone.

It is possible to blend proper nouns though not as common, but the effect is the same of capturing an element from each word to create a new meaning. Famous couples can be summed up in a blend – TomKat, Brangelina, and Billary.  An ironic comment can be made in a name like Brisvegas or Brisneyland.  We continue to play with the possibilities.

Can you think of any other portmaneau words? Leave them in the comments below.

Jabberwocky and jabberwock are playable in scrabble.
also mimsier and mimsiest
slithy* is not playable