Macquarie Dictionary Word of the Year


The results are in!

We are delighted to announce the winning word of the Macquarie Dictionary Word of the Year 2015.

This year's winner, as chosen by both the Word of the Year Committee and the People’s Choice Award, for the first time ever, goes to captain's call 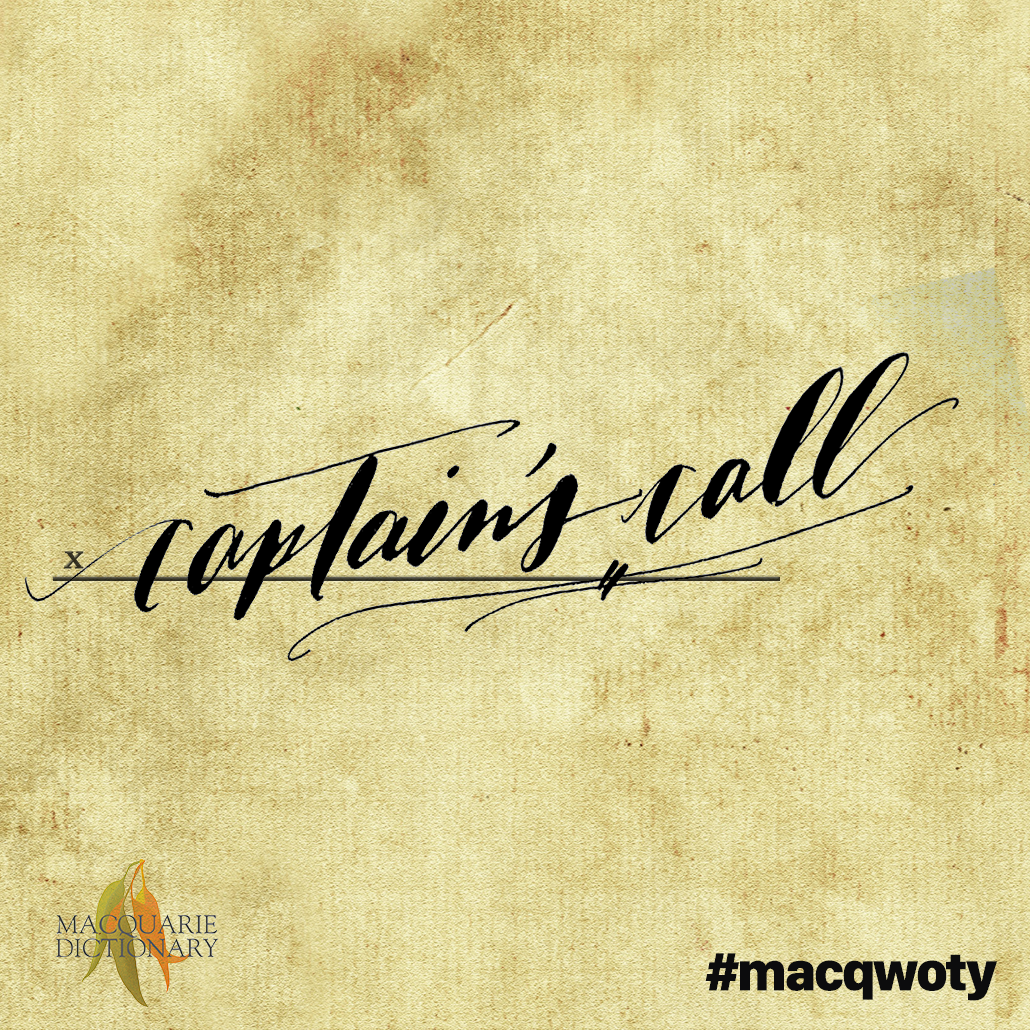 This is a first! The people and the Committee have agreed that captain’s call is the Word of the Year.  Clearly this term has resonated with Australians, possibly because it touches on two of our national passions – cricket and politics – and so has been nominated as the most valuable contribution to Australian English in 2015. –SUSAN BUTLER, THE EDITOR

Captain’s call perfectly encapsulates what happened in Australia over the past year. There has been an interesting change in usage; an infrequent item of the jargon of cricket makes the leap into politics and is now being used generally with an ironic tinge to it that is very Australian. –THE COMMITTEE

The Committee would like to give honourable mention to:

noun an urban male who wishes to associate himself by his appearance with a rugged outdoors way of life, as by wearing outdoor clothes such as check shirts, jeans and large boots combined with a beard as typical of a lumberjack.

It used to be all about women’s fashions, but the words are now being dominated more and more by those related to men’s fashion. Lumbersexual is an organic phenomenon that someone has identified and named. It is a neat coinage and perfectly describes this style that peaked in Australia over the past year. –THE COMMITTEE

The idea of deso is very topical. It combines a drinking culture with that of a law-abiding society. The word structure itself is typically Australian – a shortened form with an -o ending. It is astonishing how quickly and smoothly the deso became part of our lives. –THE COMMITTEE

The People's Choice runners-up are:

noun a person who adopts an excessively aggressive style in online discussions which they would not normally adopt in person-to-person communication, often in support of a cause, theory, world view, etc.

noun a swing gate installed in a ditch going underneath a fence, so that wombats, who follow very predictable patterns at night, can come and go without destroying the fence.

The runners-up are two terms from very different environments – the first from the fast and furious world of the internet, and the second from a much slower, more relaxed part of our world.  –SUSAN BUTLER, THE EDITOR

Download the pdf below to view all the entries considered for Word of the Year 2015.

Download the media release and read more on our Blog page.