Send it down Hughie! 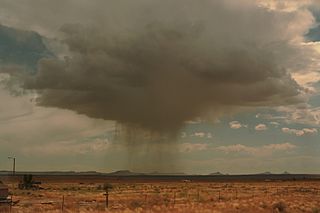 I made the mistake of being overly impressed by a historian’s detailed analysis of the origin of this phrase.  He, in turn, had been very taken by a family who explained that their ancestor, John Ziegler Huie, had been manager on a station near Narrandera in the late 19th century. Apparently he had the habit, at the approach of rain clouds, of firing off an old canon full of shot in an attempt to seed the clouds. This would be accompanied by a chorus from the family of ‘Send it down Huie’.

In retrospect there are a few things wrong with this as the origin of the phrase. If the prayer was to the station manager on the ground, the phrase should have been ‘bring it down’, not ‘send it down’.  And the level of formality in addressing the manager by only his surname is unbelievable.

There is an even greater difficulty. The prayer is these days addressed to Hughie but there are earlier citations for Davey, Steve and Jimmy.

A correspondent to The Bulletin of 1912 records the phrase in the context of shearing and says that he heard it first in Narrandera where he believed it had originated. This supports the Narrandera link but he goes on to say that it came from a Mr Huie, an amateur meteorologist who had great luck in predicting rain.

Other weathermen are given the credit. I have been told about a weather announcer in Perth who became well-known for the intensity of the weather events he forecasted.

There was also an M.P. from Bendigo (called Hughie) who envisaged an irrigation scheme for Victoria and who was given the credit as a result of his labours.

This appeared in The World’s News (Sydney) 1946: One explanation is that it is a corruption of the cry "Lok ah shuie," with which Chinese in the early days of the Victorian goldfields greeted the rain. '"Shuie" became gradually changed to "Hughie."

Digger Dialects gives Send it down Steve and notes that Steve was ‘a common designation for a casual acquaintance’.  Someone whose name you didn’t know so you referred to him as Steve. In the context of the army the prayer was made so that marches, drills, etc., would be put off.

I found a citation in 1882 that sheds some light. In a report on a downpour of rain, a correspondent to the newspaper says: Old Jupiter Pluvius didn’t stay to send it down gently, but appeared to throw it at us in a very promiscuous manner.

It seems clear that in all cases the phrase is an appeal to a deity in command of the rain who is being asked to send it down from the heavens. I remember my father addressing the sky in a jocular fashion, again at the first sound of rain. Perhaps the joke lies in the great familiarity in the form of address – addressing the god by his first name – Steve, Jimmy, Davey, and finally Hughie.

14 March 2014
Since this was originally posted last week, I have been given two more folk etymologies for this phrase.

It is said to derive from the first line of the prayer ‘Our Father who art in Heaven’.  Mysteriously the ‘who’ is pronounced hyoo and the –ie is added. Alternatively it could be from the chemical symbol for water which is given a mock pronunciation of   hoo – and the –ie added.

I did however get further confirmation that Hughie is also the god of the surf, the phrase being altered to ‘send it up Hughie’ or ‘whip ‘em up Hughie’ as an invitation to the god to produce some good waves.