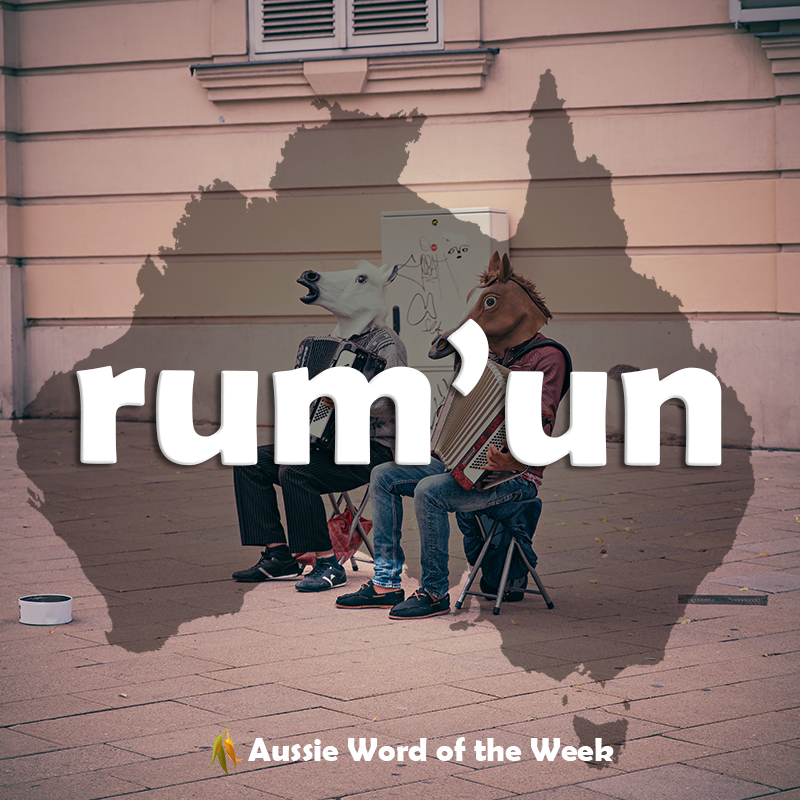 This week's Aussie Word of the Week floated up the Bass Strait into Sydney Harbour where we scooped it up. A sort of reverse Sydney to Hobart if you will. The word is rum'un, a Tasmanian way to refer to an odd or eccentric person. An apt description for most of the Macquarie Dictionary crew.

Inspired by rum'un, we circumnavigated the Australian Word Map to find other Tasmanian slang words. Denizens of the Apple Isle have contributed some of the most incredible slang to the Word Map. Look no further than the attack of the flying axe handles as an example. This colourful, slghtly terrifying phrase is apparently a way to reveal you suffered a severe and sudden case of diarrhoea.

Frosty chop is a name for a beer while a rum do is the name for a lively party where you're likely to drink that beer.

For more slang from Tassie and across Australia, be sure to check out the Australian Word Map.