A case of tall poppy syndrome 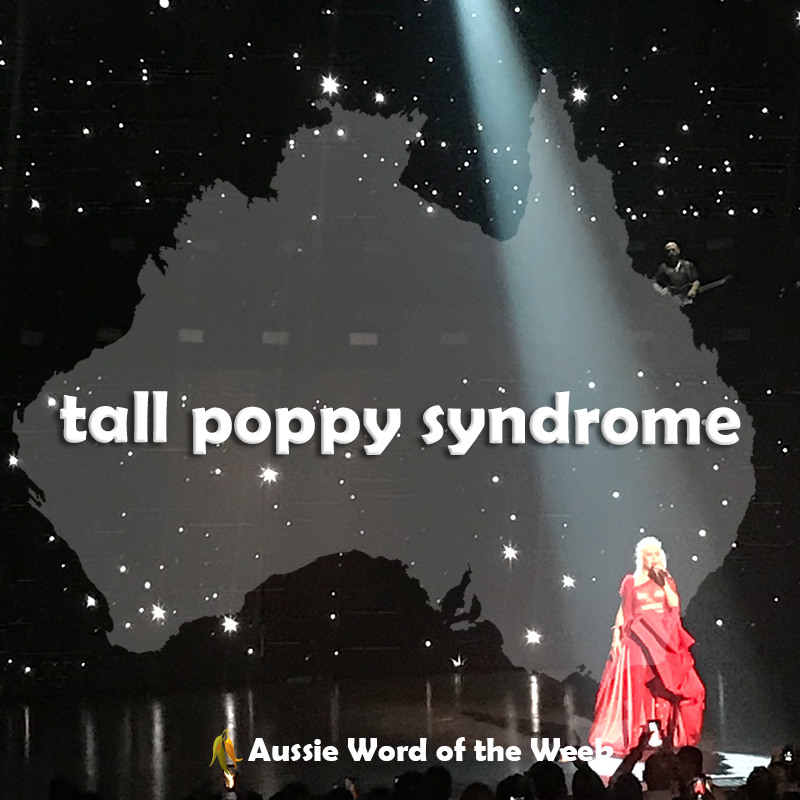 Australia is a nation of gardeners. One of our favourite gardening pastimes is cutting down tall poppies.

A tall poppy is a person who is pre-eminent in a particular field or a person with great status. Australians in general have a bit of a negative view of tall poppies, especially if they seem to get above themselves. When this happens, they need to be cut down to size. Tall poppy comes from the notion of the poppy flower rising above the corn, which in Australian English expanded to tall poppy. Hence tall poppy syndrome: a desire to diminish in stature those people who have attained excellence.

Once thought uniquely Australian, the tall poppy has been amplified through the internet and become universalised in the form of the now infamous milkshake duck, a person who is initially viewed positively by the media but is then discovered to have something questionable about them which causes a sharp decline in their popularity. Crowned the Committee's Word of the Year in 2017, milkshake duck, has not have survived the test of time, much to the Committee's chagrin, though the phenomenon of cutting down those we perceive as getting too big for their boots certainty hasn't gone away.