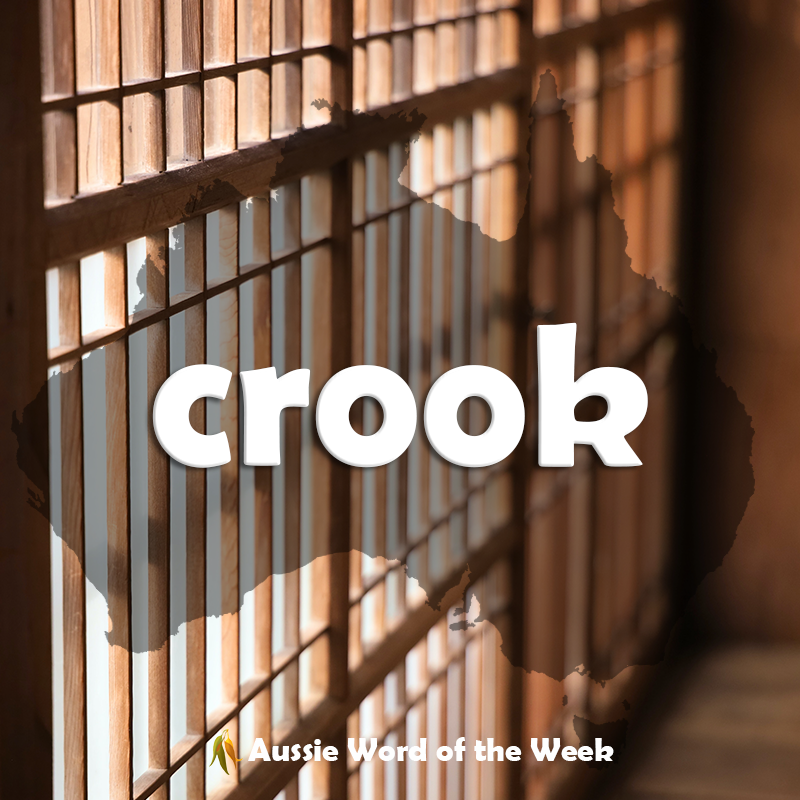 At Macquarie Dictionary we love a versatile word that carries multiple definitions, mainly because it gives us enough content to write a blog. That's why this week's word of the week is crook, a genuine piece of Aussie slang that dates back to the 1900s.

Our headword for crook features four definitions. The first and most common use of crook signifies ill health or injury, e.g. I'm feeling real crook or Her crook leg keeps her up at night. This meaning generated the ingenious phrase as crook as Rookwood. Sydneysiders will recognise the name of Rookwood Cemetery in this exaggerated way of saying you are ill. The second definition of crook also means bad, as in, that dinner was crook.

Crook might be familiar to you as the name for a criminal or thief. This usage originated in the US in the 1870s and spread around the world to become part of standard English. The final definition of crook in the Macquarie Dictionary means angry. To go crook on someone is to scold them.