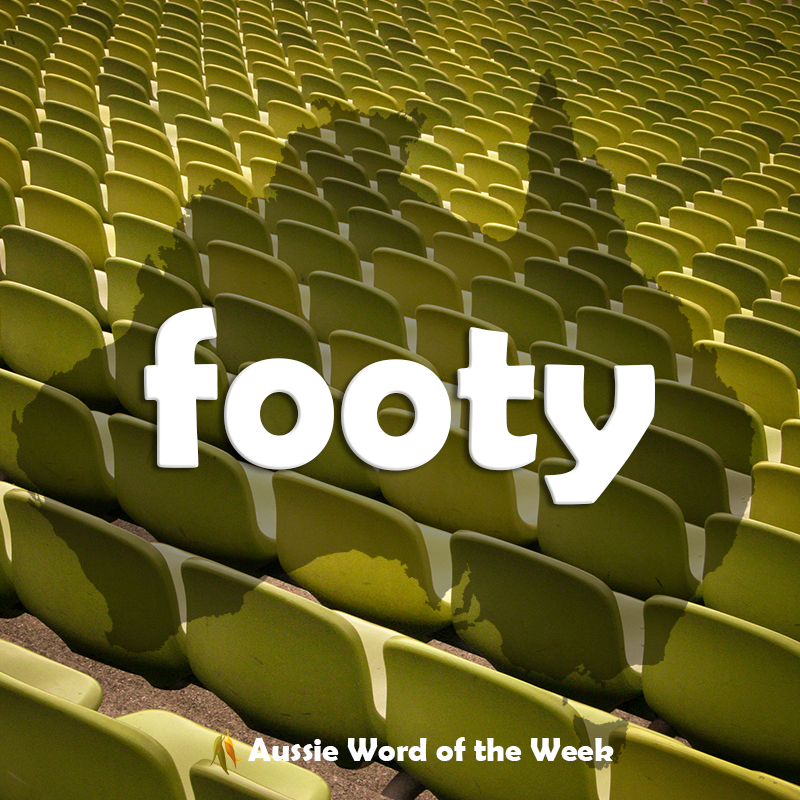 It's October and that means that footballs of various codes are being kicked into touch as sports enthusiasts across the country fetch their cricket bats from the shed. Before you exchange the Steeden for the Kookaburra, we thought we would celebrate the season that was with a look at footy inspired slang.

In Australia, the meaning of footy depends on which state you live in. In New South Wales and Queensland, footy generally means rugby league. In Victoria, Western Australia, South Australia and Tasmania, it means Aussie Rules. For British backpackers, it means soccer.

Do you pray to the footy gods? These deities are the notional gods who are thought to intervene to restore fairness in a football game after a bad umpiring decision, such as by deflecting a shot at goal given as a penalty.

Have you got a chewie on your boot? This cry from the stands is intended to disconcert a footy player who is taking a kick.

The rivalry between football codes is as intense as rivalry on the pitch. Do you prefer aerial ping-pong (Aussie rules) or catch and kiss (soccer). Maybe you prefer mungo ball (rugby league) or thugby (rugby union). Whatever you prefer, we hope you enjoy!