Are you as game as Ned Kelly? 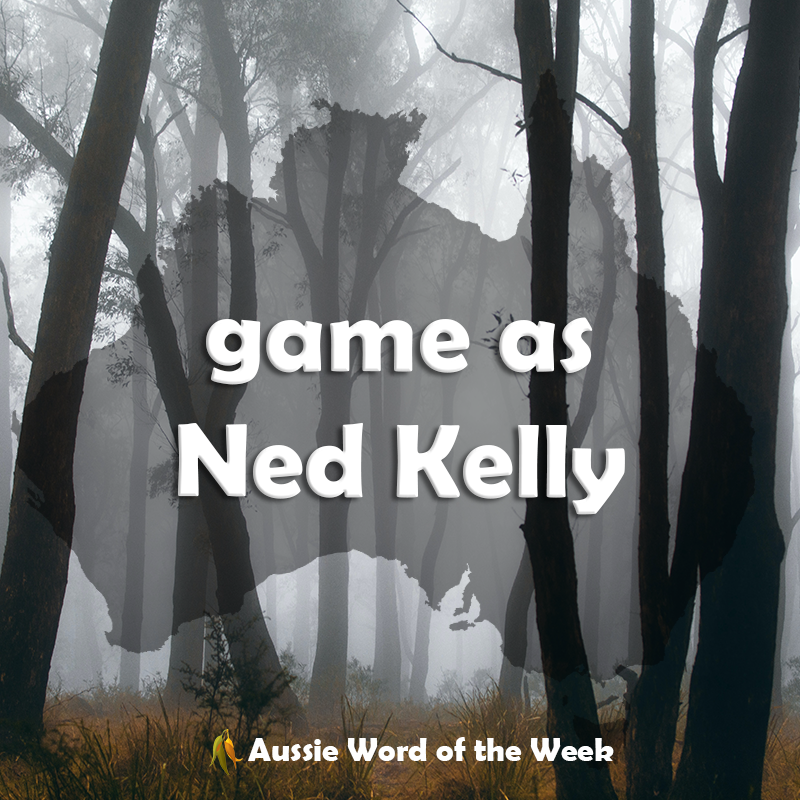 Every now and then we jump in our time machine and kidnap a famous (or infamous) figure from Australian history so we can trot them out for your linguistic pleasure. This week we captured bushranger Ned Kelly.

The bushranger provided Aussie English with plenty of interesting and unusual phrases that remain in the lexicon to this day. Are you as game as Ned Kelly? In other words, are you imbued with the fighting spirit of Australia's national hero: are you plucky and resolute? If you prefer horses to people you can say you are as game as Phar Lap.

Bog a duck is a description of extremely boggy land that was used by Ned Kelly in his famous Jerilderie Letter of 1879, and is still in use today. Apart from the adjectival use as in a bog-a-duck track, you can also come across it used verbally: you could bog a duck in that paddock, come the wet.

Wombat-headed, meaning stupid, was a great Ned Kelly insult. You can read about it in the Macquarie Dictionary blog.

Who's robbing this coach? This rhetorical question meaning 'Stay out of it!' is another gift to Australian English from Ned Kelly. The story goes that Ned Kelly was bailing up a coach one day and proclaimed, ‘I'm going to rob all the men and f**k all the women’. To which one of the male passengers said, ‘You can't do that, you dreadful man', only to be shouted down by a female passenger saying, ‘Who's robbing this coach, you or Mister Kelly?’ Apparently, this problematic story was originally told in relation to Jesse James in the United States.

As with all good things, this blog must now come to an end. Sigh, such is life.