You don't want to be hit by a falcon 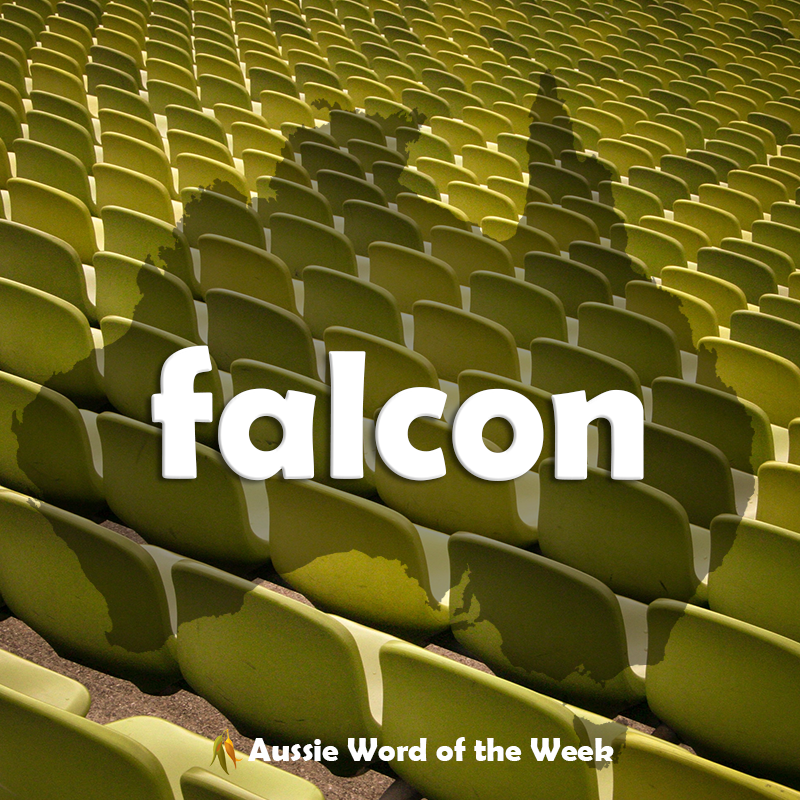 Is it a bird? Is it a plane? No, it's a footballer getting whacked on the head. Falcon originally meant being hit in the face with the ball but is now used to describe any accidental headbutt. The falcon originated from rugby league and is so called in honour of a famous incident involving the face of Mario Fenech, nicknamed 'the Maltese falcon' or simply 'the falcon' because of his Maltese heritage.

Like a bower bird collecting colourful objects, we went in search of other avian slang words and found a lot of funny and unusual names for various birds.

A butter bum is a yellow-rumped thornbill, a little bush bird that has a bright yellow patch on the rump. Sometimes also called a butter butt. A gonzo bird is an ibis so called from the resemblance of the ibis beak to the nose of the Sesame Street Muppet Gonzo. Maggie is an affectionate name for a magpie, while a narkie is a water bird endemic to Tasmania.

Bonus bird word: twitcher, a bird watcher who is obsessed with ticking off birds on their lists.