Down the bunyip hole 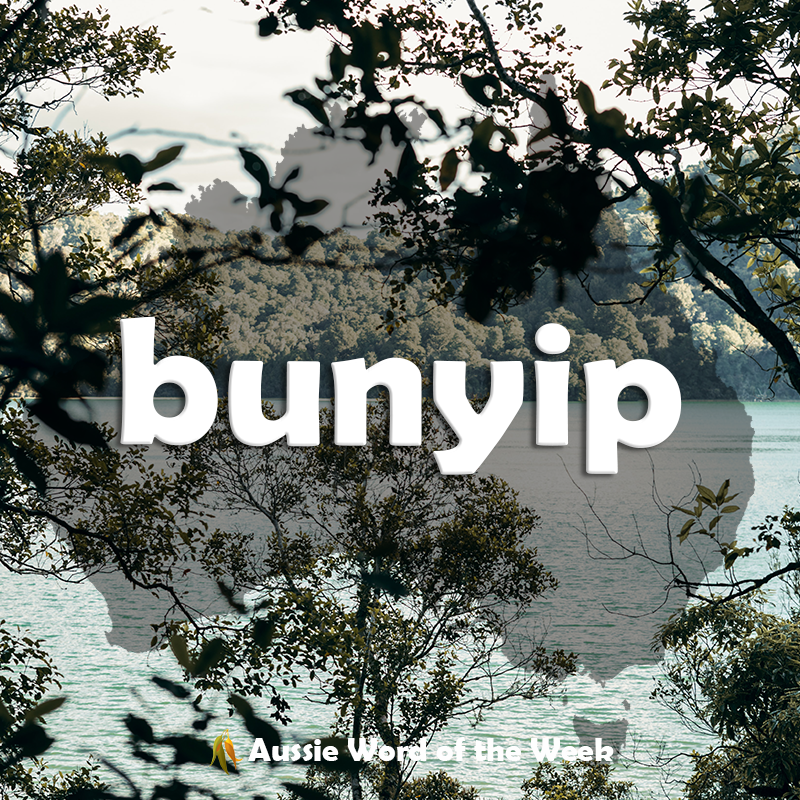 A bunyip is a mythical Australian beast of amphibious nature that inhabits rivers and deep, dark pools, retreating to underwater caverns known as bunyip holes. They are so shy and stealthy that one has never yet been caught. The word for this animal is from the Aboriginal language Wembawemba of Victoria and Southern NSW.

The bunyip is not to be confused with the yowie, another mythical beast akin to a yeti or sasquatch. The word comes from the Aboriginal language Yuwaalarraay, from up Lightning Ridge way.

Not to be confused with the triantelope, which is the common huntsman spider.

If you're more afraid of the upper classes than mythical creatures be sure to read about the bunyip aristocracy. This derogatory name is given to Australians who consider themselves superior to others in wealth or status. The description was coined by Daniel Deniehy, a New South Wales MP in the 1800s in response to attempts to establish a colonial aristocracy.