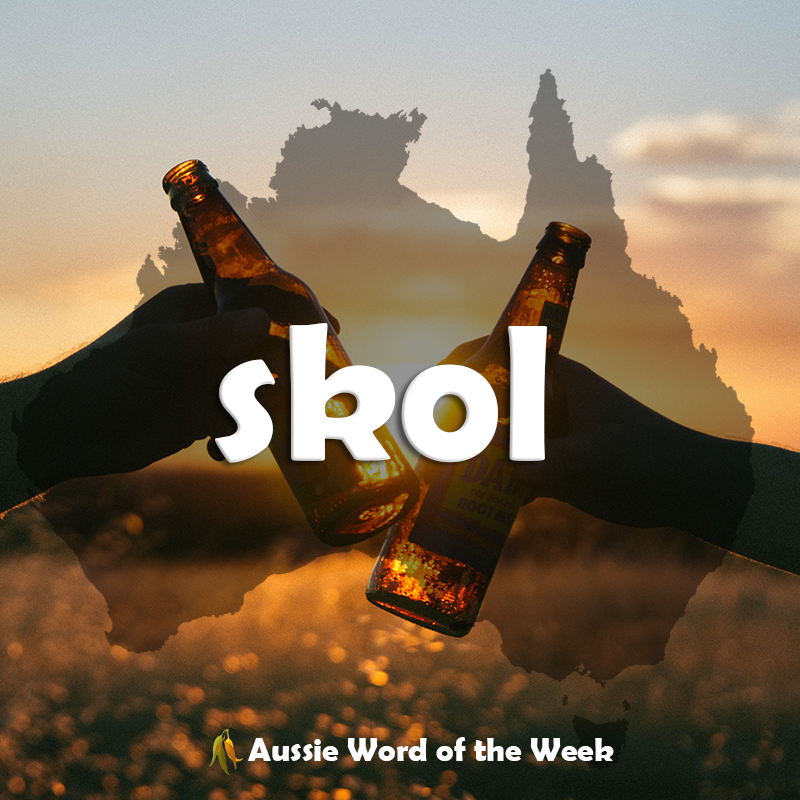 This week we have stirred up a cocktail of drinking related slang words.

Lets start at the beginning of a typical Aussie night out. Pres refers to a gathering at a private home before a social event elsewhere, usually to drink alcohol, or the drinks consumed at such a gathering. Pres often features sophisticated beverages such as the chateau cardboard, another name for cask wine, or the goon sack as it is affectionately known.

To get in to all the slang that flows from the goon sack could take up a month of blogs, but some of our favourites include the dapto briefcase: a cask of cheap wine, named after Dapto, a small township in eastern NSW, and the famous goon of fortune, a drinking game in which bladders of wine casks are hung from a rotating clothes hoist under which players are situated at intervals. The spinning of the hoist determining who drinks next.

Don't worry, it isn't all wine casks hung on the washing line here at the Macquarie office. We encourage responsible drinking. Deso is a slang term for a designated driver.

You'll need a deso to get you to kick ons. You can probably guess that kick on is the opposite of pres in that it means to carry on a party or other festivites, usually late into the night, often to the point where regret begins sink in as the sun rises.

Alcohol related slang differs state by state. Take a deep dive into Aussie beer sizes to find out how each state likes to drink. And yes, we have also waded in (beer soaked of course) into the debate on whether it's spelt skol or scull.