You've got two chances: Buckley's and none 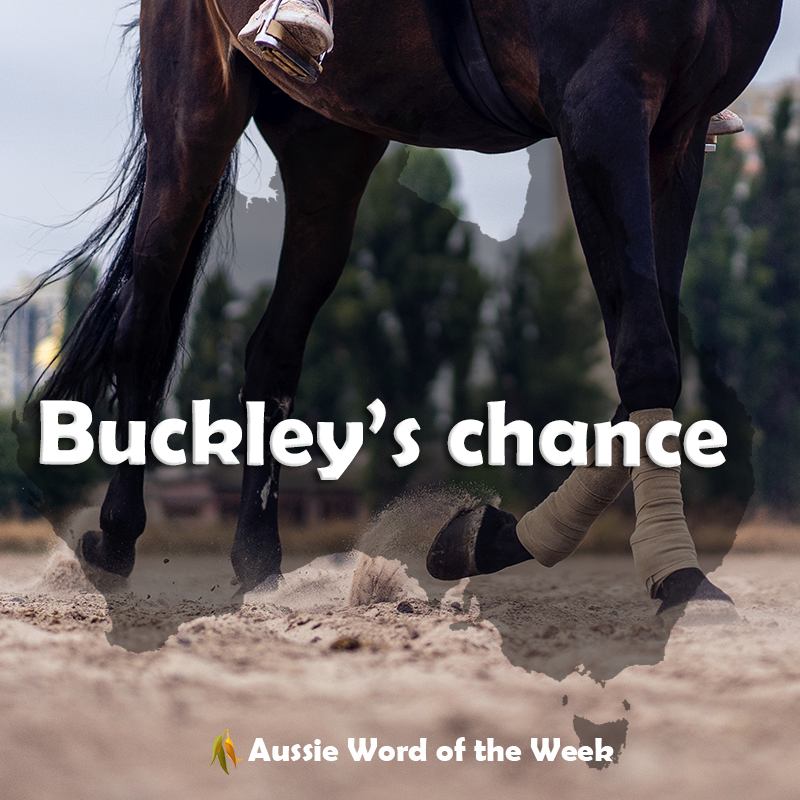 You've got two chances: Buckley's and none.

This famous phrase likely refers to William Buckley, a convict with an incredible story. Buckley's chance means you've got no chance at all, which is a little odd, considering Buckley managed to elude colonial authorities for over 30 years by escaping into the Australian bush where he lived with Indigenous people until giving himself up.

The irony of this phrase emerging from Buckley's story feels very modern and inspired us to look for other chance related slang words.

It turns out there are levels of chance. A nonstarter is something which has no chance of success, whereas an open go is a free chance, an unhindered opportunity.

Punt is a great Aussie slang word that simply means to take a chance, especially in a gambling context. You might take a punt on a toss-up, which is an even chance, as in the election was a toss-up.

While dredging the silty river of the Macquarie database we also found crool, as in he crooled his chance. Meaning to ruin or spoil, crool is basically obsolete, though the purposeful misspelling of cruel feels like a perfect fit for our meme-ruled online world.