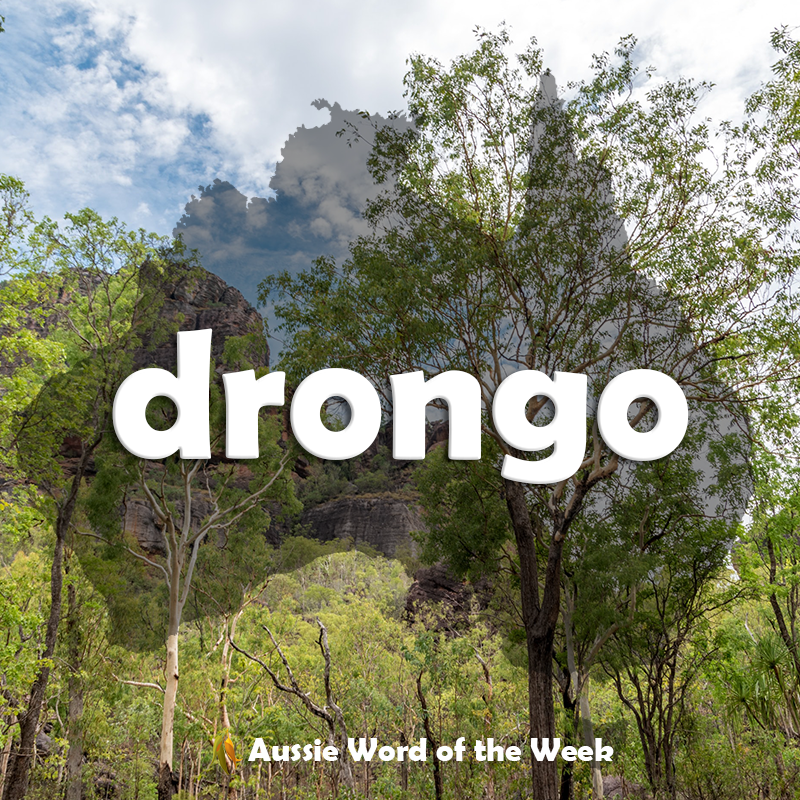 Yes, we really do love insults here at the Macquarie Dictionary. So much so that we are serving up a second round of insults after last week's look at boofheads. This time we're looking at drongos. A drongo is a slow-witted or stupid person: a fool.

This great Australian insult was originally an RAAF term for a raw recruit. It first appeared in the early 1940s, but its origin reaches back to the name of the racehorse Drongo, who ran around in the early 1920s. No Phar lap, Drongo was famed for its poor form, never winning a race, and was used as a character in the political cartoons of Sammy Wells that appeared in the Melbourne Herald.

Some have suggested that the use of drongo as an insult refers to the spangled drongo, a tropical bird of north-east Australia, but there doesn't appear to be any obvious connection, so we'll stick with the horse story, which is a better yarn anyway.