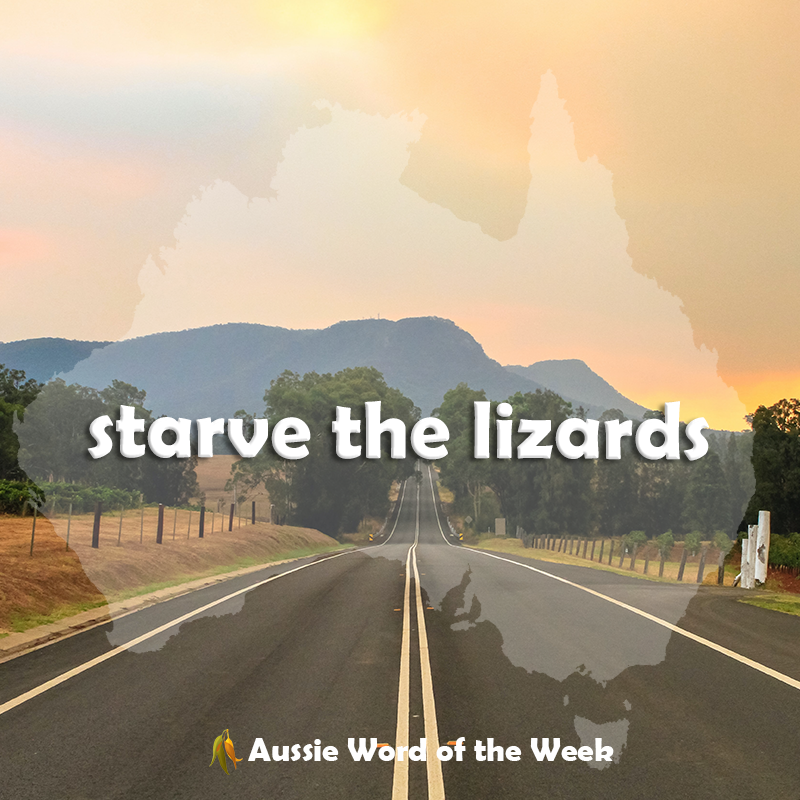 Starve the lizards! No, this isn't the beginning of some peculiar anti-reptile campaign, rather, starve the lizards is a great Aussie exclamation of surprise that has sadly fallen out of use.

Occasionally changed to stiffen the lizards, this scaly piece of slang was first recorded back in the 1920s. Stone the crows is a similar phrase that is also dying out.

Another classic Aussie exclamation of surprise is strike a light, which struck a chord with us due to its history as one of the many Aussie variations on the theme of asking God to visit increasingly ridiculous punishments on you. Other examples include strike me blue, strike me dead, strike me handsome, and strike me pink.

Despite sounding more like cartoonish squeaks than actual words, eh and eek are both included in the Macquarie Dictionary alongside gee and gee whiz, which originated in the US. Eh?! But really, most of our favourite exclamations of surpise involve curse words. Lots of them! We won't risk getting too sweary in this blog but check out our replacement swear words blog for some SFW content.

Once saw this in a Kaz Cooke cartoon and I thought she'd made it up.