Celebrate Word of the Week with a shoey 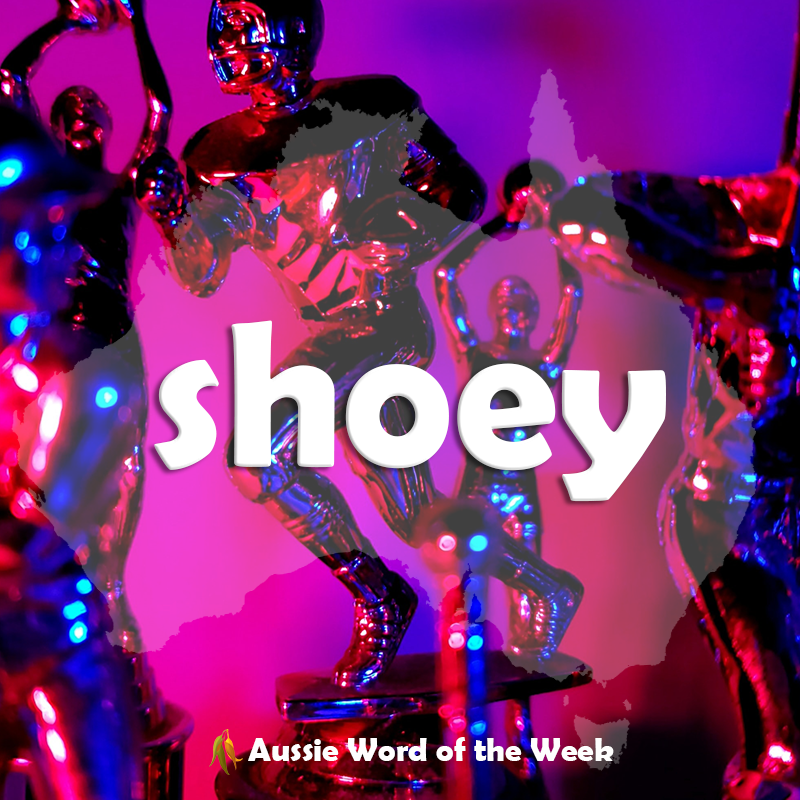 Drinking: an Aussie tradition, and though we try to do so in moderation, occasionally things get out of hand and we find ourselves doing a shoey. A shoey is the act of drinking a beverage, usually an alcoholic beverage, out of a shoe. Often a ritual at the end of a sporting competition, especially motor sports, shoeys are a form of celebration.

Aussies have a lot of other words for drinking the amber fluid in quick or creative ways. Chug and neck are both ways to describe downing a drink quickly without pause, while chug-a-lug is a bout of drinking: a booze up.

Skol is perhaps the greatest and most well known way to say you are going to consume a drink at one draught. This piece of Aussie slang dates from the 1970s and originates from a verb use of the Scandinavian word for toast. Skol is also spelt scull, and yes, Macquarie have looked in depth at which spelling is most prominent in Australia.