All hail the bin chicken 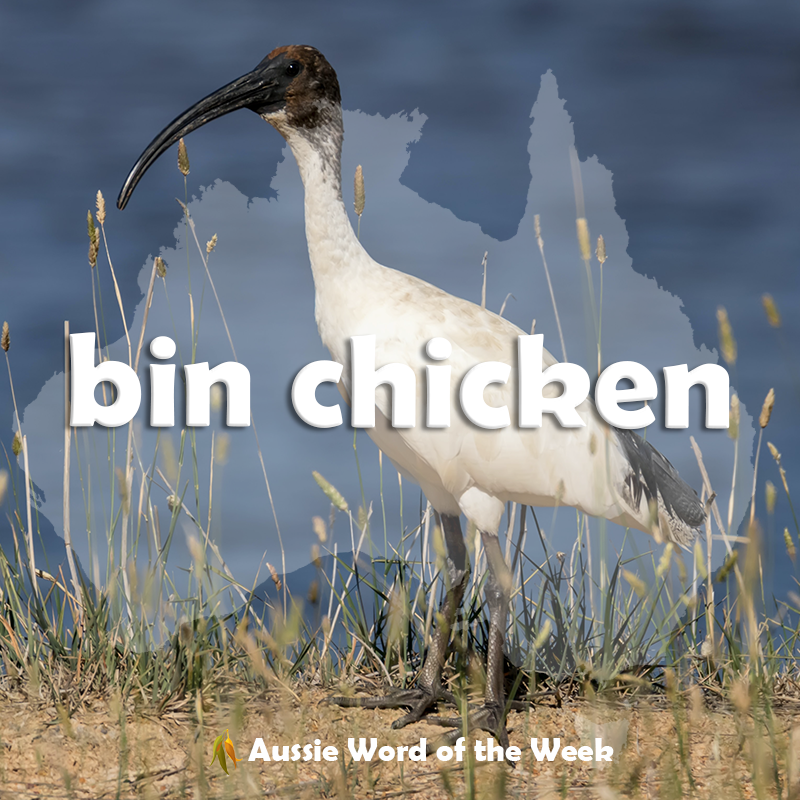 This week we are paying homage to a national icon. The bin chicken graces towns and cities across the land. When rubbish is strewn across the footpath who is there to clean up the mess? The bin chicken, of course.

If you're unfamiliar with the name, the bin chicken is none other than the Australian white ibis, so named from its habit of rummaging in garbage bins for food. A habit which also earned them the less common nicknames dump chook and tip turkey. The ibis has a white body, black secondary feathers and a bald black head and bill. They are found throughout Australia, New Guinea, the Maluku and nearby islands. Once rare in urban areas, they have been migrating to urban areas along the east coast of Australia since the 1970s.

The bin chicken has pecked and scavenged its way into Australian culture. You'll find them celebrated in graffiti murals and emblazoned in hats and other merchandise. Dare we say it the bin chicken is competing with the kangaroo for the position of most iconic Australian animal.

To read more about our beloved Aussie fauna, check out our fawning over Aussie fauna blog.

I loathe this term and the other derisive nicknames. I worry that using a derogatory 'nickname' for a native bird in crisis devalues them in people's eyes and may make people feel entitled to mistreat them. After all, ibises are only in our cities as their natural environments are shrinking or downgraded thanks to human encroachment.

Yes, this is very true Katie.

Glad that Macquarie is acquainted with Kickastickalong, but I'm wondering where, oh where is Oodnagolarbie? They're both somewhere beyond the Black Stump, etc., etc.