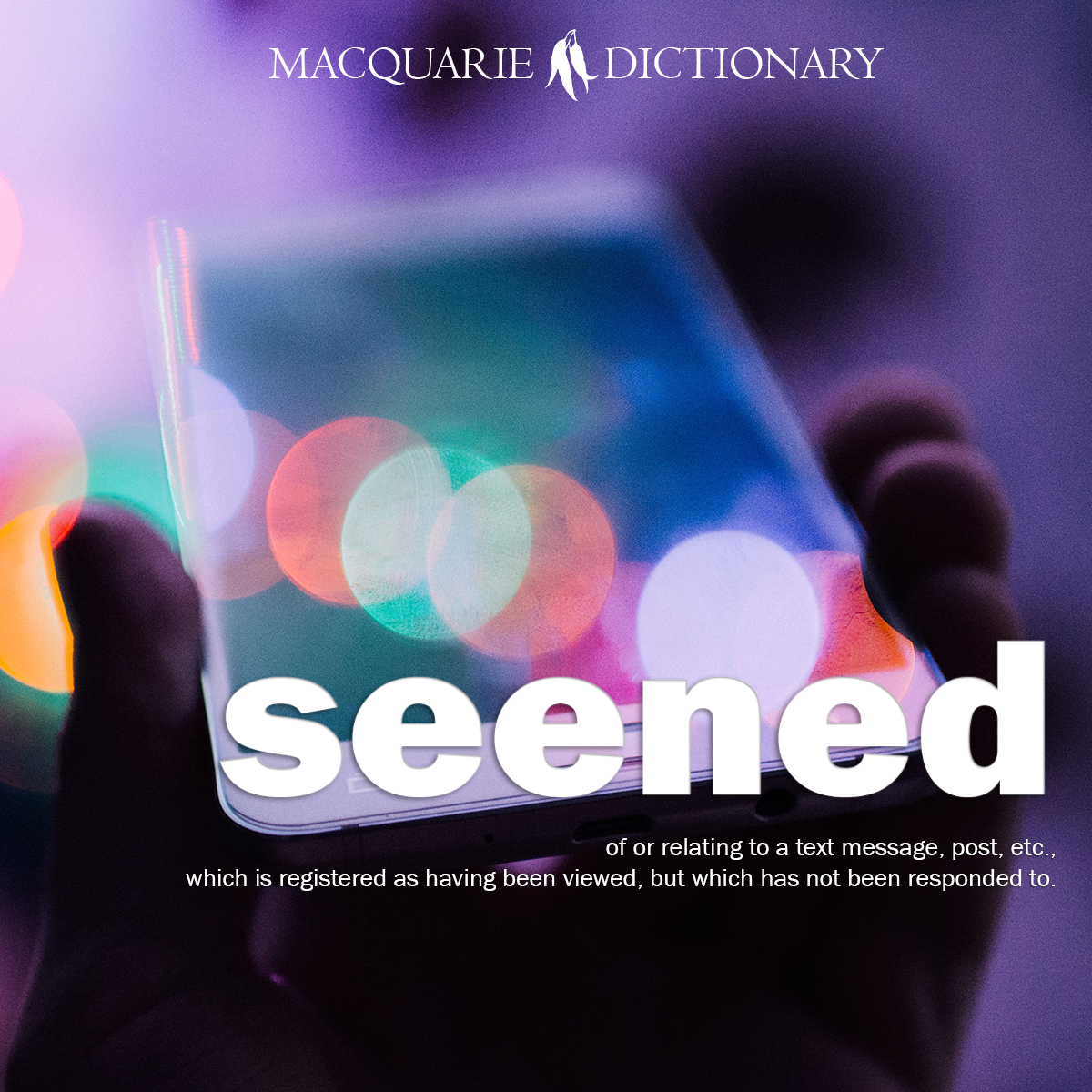 There are a 15 categories in the Macquarie Dictionary Word of the Year longlist (you can check the full list out here). Each category consists of five words, with the winner of each category forming part of our shortlist and going in to the running for Word of the Year. In light of the pandemic, we also introduced a special COVID words category for 2020. You can read about it here.

The winner of the 2020 Communications category is seened. A fresh piece of slang, we defined seened as of or relating to a text message, post, etc., which is registered as having been viewed, but which has not been responded to.

Check out the other four words that made up the shortlist for the Communications category.

Find out which word was voted the People's Choice Word of the Year.

noun a form of bias in which opposing sides of an issue, which are supported by differing levels of reliable evidence, are misrepresented as being equally valid; bothsidesism.

[a play on LOL, which is now considered dated by some younger generations]

noun a report on current weather conditions, or of those forecast in the immediate future.–nowcasting, noun –nowcaster, noun

noun Colloquial a news article, comment, image, etc., accessed on a digital device, especially a smartphone, which captures the reader's attention, causing them to pause to read or view it, instead of scrolling to subsequent content.