Step through the Bogan gate 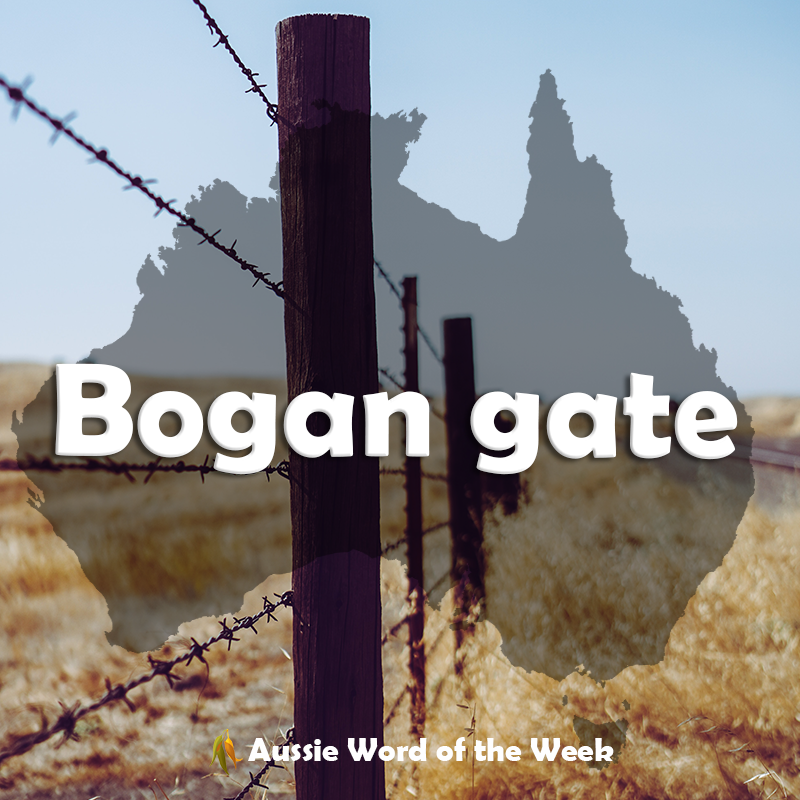 This week, we are walking through the Bogan gate, and we don't mean the town in Central New South Wales. A Bogan gate is a gate made from barbed wire and stakes, found in the bush. Picture a haphazard structure made of timber and wire, pulled across a paddock.

We have written in depth about the meaning of bogan, but seeing as it's been a while, we thought we would revisit some of our favourite bogan-related slang.

Every state seems to have their name for bogans, many of them uncomplimentary. In Queensland, bogans are referred to as bevans. New South Wales bogans cross over with westie's, which says a lot about what people think about Western Sydney (long live the West). Tasmanian bogans are called chiggers, while those in the ACT are booners.

Bogans who visit the beach are referred to as the bogan navy. This navy, considered one of the strongest in the world, deploys aqua bogs: bogans who surf.

Bogan juice is a nickname for iced coffee. If a juice sipping bogan takes their drink to the back of the bus they are a backseat bogan.

These are just some of words that jumped out at us. This blog could easily go on for another ten paragraphs but I think you get the picture. If you have a favourite bogan-related word, comment below.