The sound of the red rattler rolling around 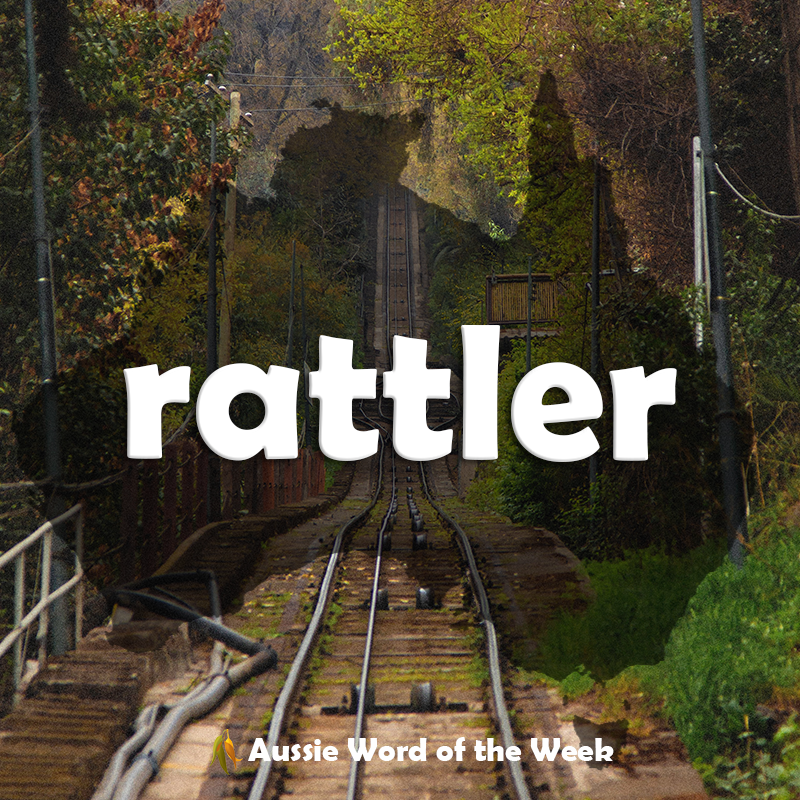 Comin' down that railroad track

No, it's not the Orange Blossom Special, it's a rattler: any type of train noted for its loud rattling. From travelling our cities we know there are still plenty of rattlers roaming Australia's railroads! And if you're from New South Wales, you may remember the red rattlers, any of various trains with dark red carriages which rattled noisily when going at speed.

To jump a rattler was to board a moving train and thus obtain a ride without buying a ticket – a practice common among swagmen during the Depression. Scale was a similar word. Swagmen would scale a train, bus, or ferry to avoid paying a fare, as in they scaled a rattler up to Newcastle. Thankfully we all have our tap on cards these days!

While on the subject of trains we dug up an old piece of slang used by Sydney rail enthusiasts back in the early 2000s. Millennium bug was used to refer to CityRail's Millennium Train series, which was supposed to begin in 1999 but suffered technical problems. A clever usage of millennium bug, we think.