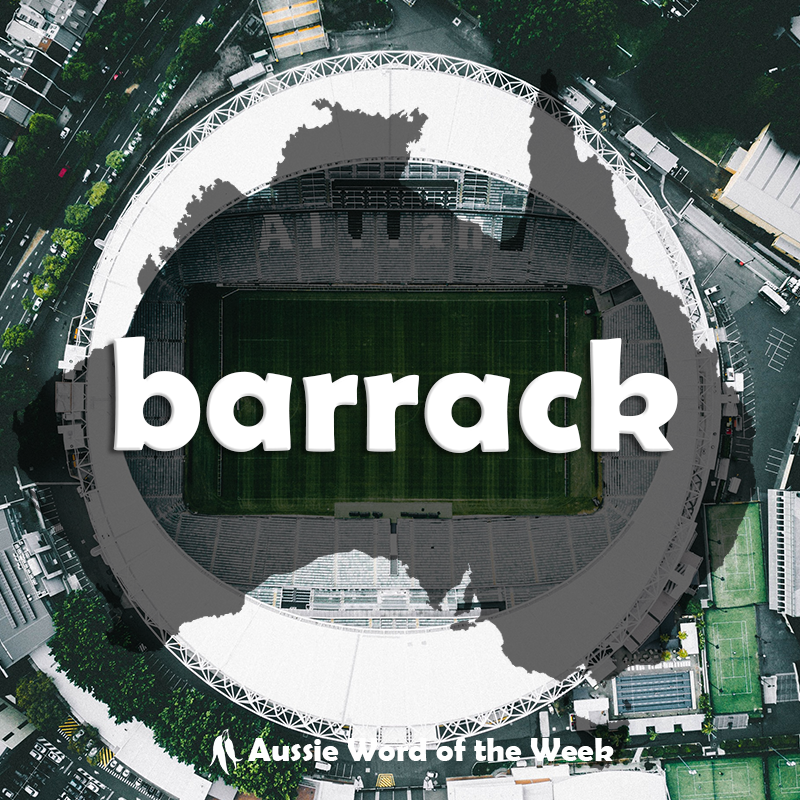 With the glorious return of the footy to our screens, we can now support our team from the comfort of our lounge. The atmosphere might not be quite the same, but you can still barrack just as hard for your team from the safety of your sofa.

To barrack is to shout encouragement for a player or team but can also be used outside of sporting contexts.

This deadset Australianism dates back to the 1890s. There has been a lot of discussion about the origin of this term, and many fabled origins have been put forward, generally having something to do with soldiers from army barracks supporting a certain team at a certain place. None of these theories have anything going for them other than that they are nice stories. An alternative theory suggests a connection with the dialect of Northern Ireland, where barrack meant to boast or brag.

Northern Irish slang is mad craic, but we will keep the focus closer to home. For Aussie language historians, it should be noted that barrack was formerly used to mean to jeer at someone or ridicule them. This meaning dates back to the 1870s and was common in Australia in the late 19th and early 20th centuries.

"For the barrackers are shouting for the good old Collingwood!"