The Aussie crawl (Not that Aussie Crawl) 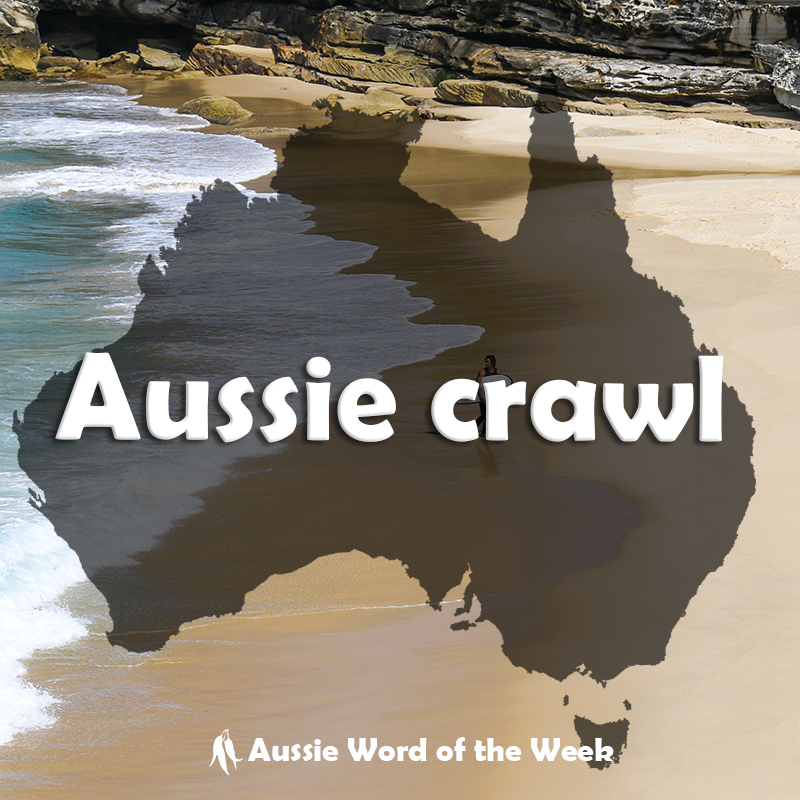 Who fancies a winter dip down at the beach, or maybe at the local pool? The Aussie crawl is an Australian invented freestyle swimming stroke now used the world over.

Inspired by the Aussie crawl we have trawled the seas of the Macquarie Dictionary for other swimming related slang. While swimming you'll want to avoid the blind mullet or brown trout, a tube of excrement floating in water, also referred to as a Bondi cigar. I don't fancy reeling in that fish!

An aqua bog can refer either to a bogan who surfs or an excrement done while swimming in the ocean. You may be seeing a theme develop, so we will leave the meanings of code brown and pollywaffle to your imagination.

Togs and cossie are two slang names for swimming costumes, the latter being more common in New South Wales and the usage of both words being quite contentious topics Australia-wide. Lastly, spanner water is a nickname for extremely cold water.

That's it for this week. Now pull on your budgie smugglers and do a bombie into the spanner water, but don't forget to look out for the brown trout.

Oh my wordie, I made the mistake of reading this while eating my weeties.