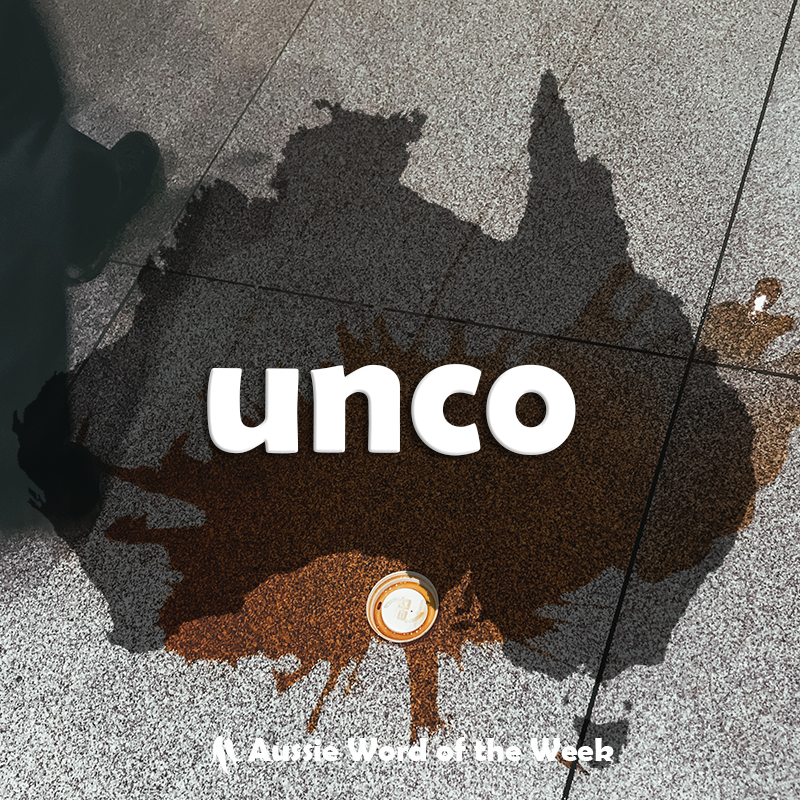 This blog goes out to all the accident-prone people of the world, our fellow uncos. Unco or The Man from Unco means awkward or clumsy. Typically used by schoolkids, unco is a shortened version of uncoordinated.

That was an unco thing to do

Aussie slang is chockers with great and hilarious terms for the uncoordinated among us. Captain coordination is - ironically - as clumsy as a duck in a ploughed paddock. If you find yourself chewing on word salad in social situations, you could be described as a dorba or dorb: a stupid person, especially someone who is clumsy or socially inept.

Back in Australia's convict days a clumsy person was called a galoot, an awkward, silly fellow. A great clumsy oaf. The origin of this one is a bit of a mystery. It was originally used by sailors to refer to soldiers or marines, and is first recorded in a glossary of Australian convict slang back in 1812. Its history before this is unknown.