Passing through a one-pub town 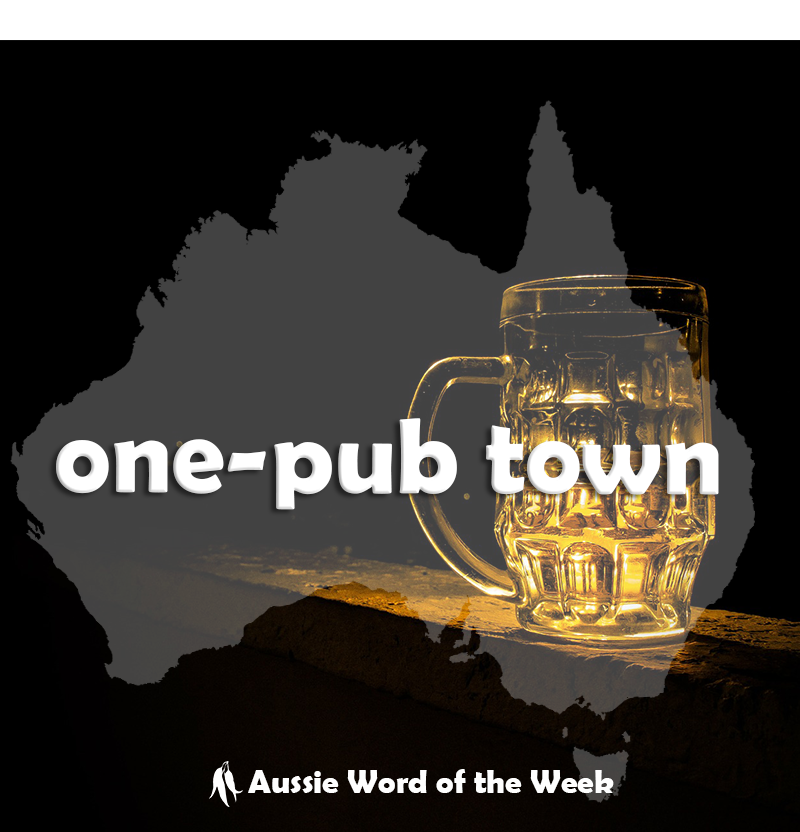 One-pub town is a way to describe those small Australian country towns you drive through on a road trip. They often sit on a crossroads with one pub, one church and a hand full of scattered houses or homesteads marking them out from the surrounding landscape.

One-pub towns lie even further out of our urban centres than the backblocks we discussed in a recent blog post.

Coined by no less than Australian literary icon, Henry Lawson, one-pub town carries a similar meaning to one-horse town, though with perhaps less sting than the latter, which means an insignificant, unimportant, or backward town.

As the nation reopens, we hope to be stopping in a few one-pub towns as we move from motel to motel across the land.