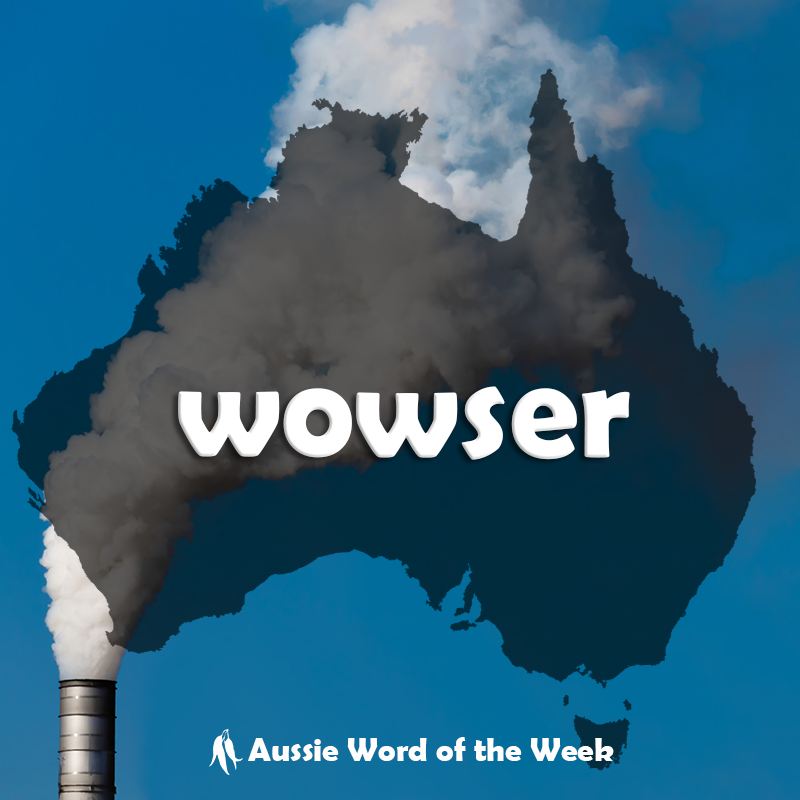 We all know on person who specialises in ruining our fun. A wowser is slang name for a prudish teetotaller; a killjoy, spoilsport or nark; a person who doesn't know how to have fun and wishes to prevent others from doing so.

Wowser first appeared in the 1890s in the Sydney Truth newspaper and was later claimed by the editor John Norton to be of his own coinage, supposedly an acronym of the slogan We Only Want Social Evils Remedied.

Wowsers and other negative Nancies opposed to the enjoyment of life's pleasures can be described as wowserish.

Of course, we couldn't finish this week's blog without a shout out to the opposite of a wowser: the relentlessly positive optimist, for whom everything is endlessly fantastic. Unfortunately, there is no obvious slang term for people with an overly sunny disposition. If you think of one let us know if the comments below.

slang term for people with an overly sunny disposition?
how about pollyanna?