We've got you pegged 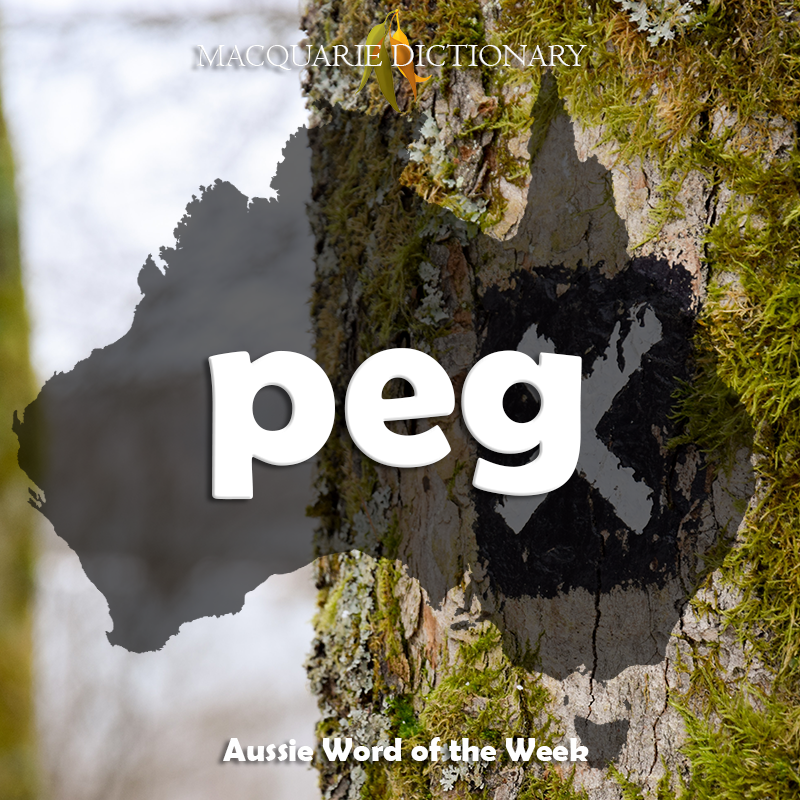 We've got you pegged with this week's Aussie Word of the Week. Commonly used in New South Wales and Queensland, peg is an adaptable piece of Aussie slang that means to toss or throw something. In use since at least the 1940s, peg has a few other meanings you are likely to hear around Australia.

Peg can mean to watch or observe, as in I've got you pegged, which is similar to number, as in, I've got your number, meaning to have someone's measure. Peg also means to have a look, as in have a peg at this. Finally, peg can refer to a degree, as in from our standpoint we went up a peg tonight.

Really, this is one of the most flexible pieces of Aussie slang that has featured on this blog. Which meaning is most used in your state?