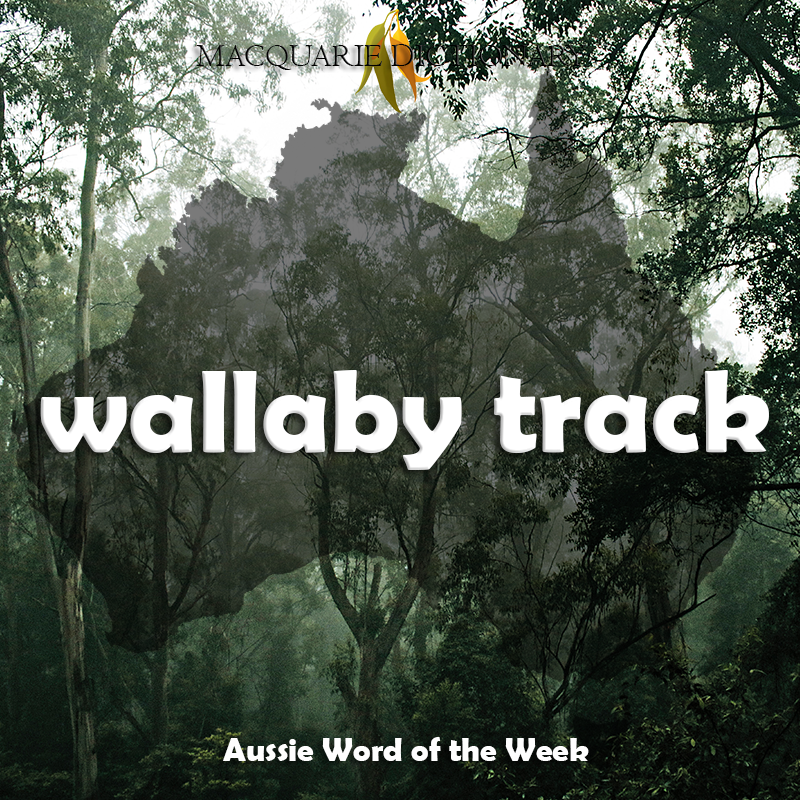 This week at Macquarie Dictionary we are on the move. The wallaby track is a phrase that describes the route across country taken by workers looking for seasonal employment, usually while they lived as swagmen. Also described as living 'on the track,' this phrase goes right to the heart of Australia's view of itself in the early twentieth century as a rugged country populated by hardy adventurers, something that was romanticised by Norman Lindsay:

Upon the wallaby he goes,

Sundowner of the Everywhere;

The tracks of every land he knows,

The phrase also links to Australia's national song Waltzing Matilda. The words Waltzing Matilda actually refer to carrying your swag as swagmen did while travelling from place to place in search of work. In other words, Waltzing Matilda is way of saying you are on the wallaby track! A lot of people blithely sing the song without exactly knowing what the lyrics mean – which is a little bit funny since it is our national song after all.