The Macquarie Dictionary Word of the Year shortlist for 2019 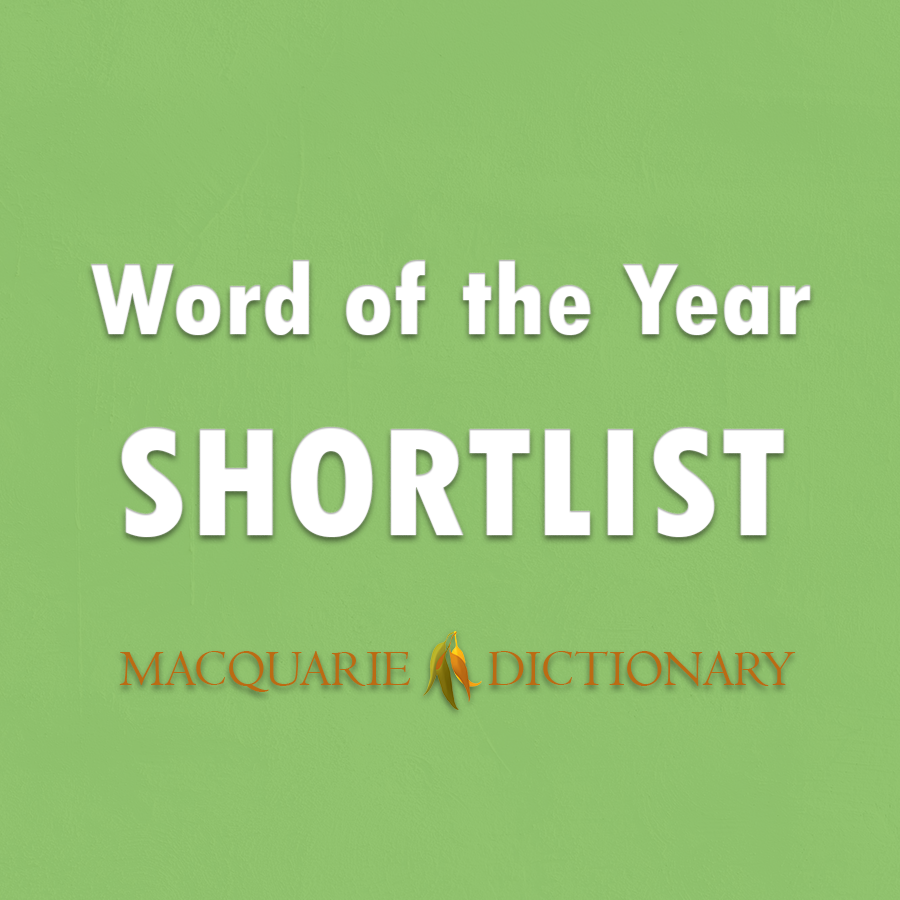 The Macquarie Dictionary Word of the Year is cancel culture. This word was chosen from an initial list of 75 words that was reduced to a final sixteen by the Committee. The full list of the words is below.

noun information which is presented as if it were based on systematic research, but is actually based on personal observation or experience.

plural noun Sport a period of time spent by a player on the field, court, etc., during which they maximise their impact, having a substantial effect on the game: playing big minutes despite a knee injury.

noun the attitudes within a community which call for or bring about the withdrawal of support from a public figure, such as cancellation of an acting role, a ban on playing an artist's music, removal from social media, etc., usually in response to an accusation of a socially unacceptable action or comment.

noun 1.  coleslaw to which grated cheese has been added.

noun Colloquial someone without any tattoos.

noun a type of sacrifice paddock in which livestock are kept with provisions of water and feed, the confinement allowing the stock to maintain their condition while pasture paddocks can recover more quickly and erosion damage can be minimised in periods of drought.

noun feelings of distress and fear brought on by the effects of climate change.

noun criticism or ridicule directed at someone for travelling on an aeroplane because of the carbon emissions and consequent environmental damage produced by such travel.

noun the marketing practice of presenting a food brand or product as being more nutritious or wholesome than it actually is, usually by ignoring or understating the less healthy aspects of the product.

noun a broadcast streamed online in which someone films themselves eating, often a large amount, and speaking to their audience.

noun a subgenre of science fiction which draws on Asian history and culture for setting and aesthetic.

[SILK (in reference to the SILK ROAD) + PUNK2, modelled on CYBERPUNK]

noun a technique used in responding to an accusation, criticism or difficult question, in which an opposing accusation or criticism is raised.

Also, whataboutery. [so-called from the common response to such a situation, What about ...?]

Solastalgia is an older and much more nuanced word for eco-anxiety. Also it originated in Australia!