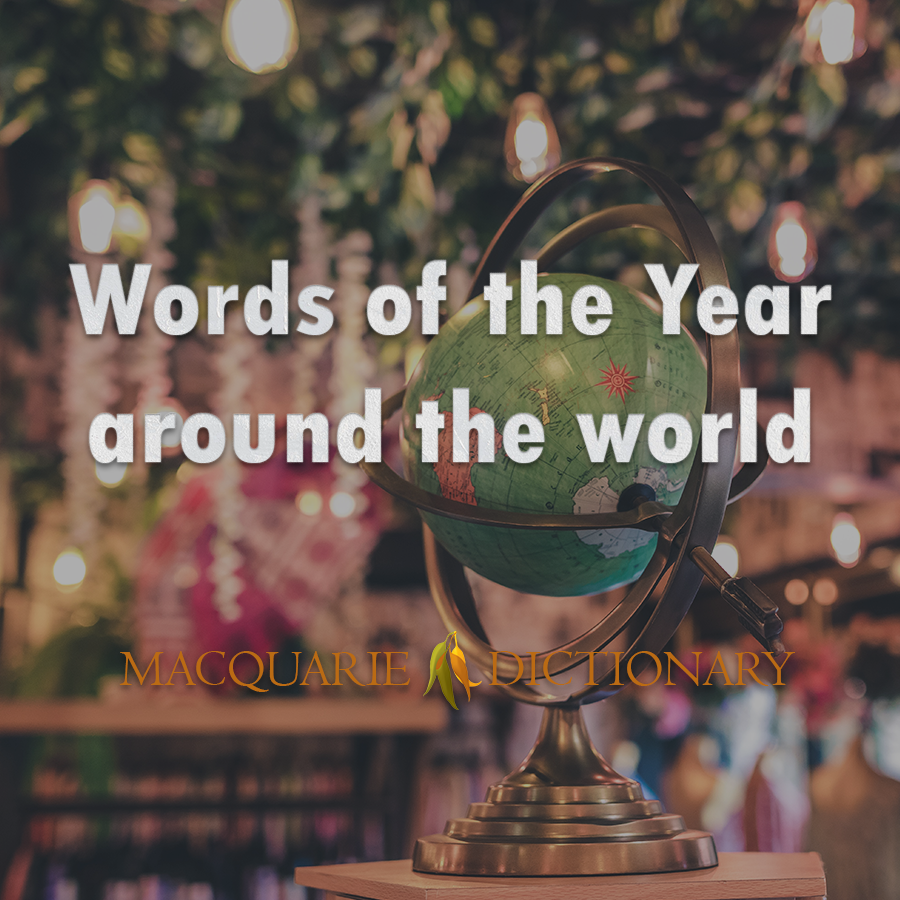 At Macquarie Dictionary, like most dictionaries, we get together at the end of the year and look back at all the new words of the previous 12 months to determine one word worthy of being crowned our Word of the Year.

For 2018, that word was Me Too. In 2017, it was the global phenomenon of the milkshake duck. And for 2019, that word is cancel culture! Find out more here on our Word of the Year page. 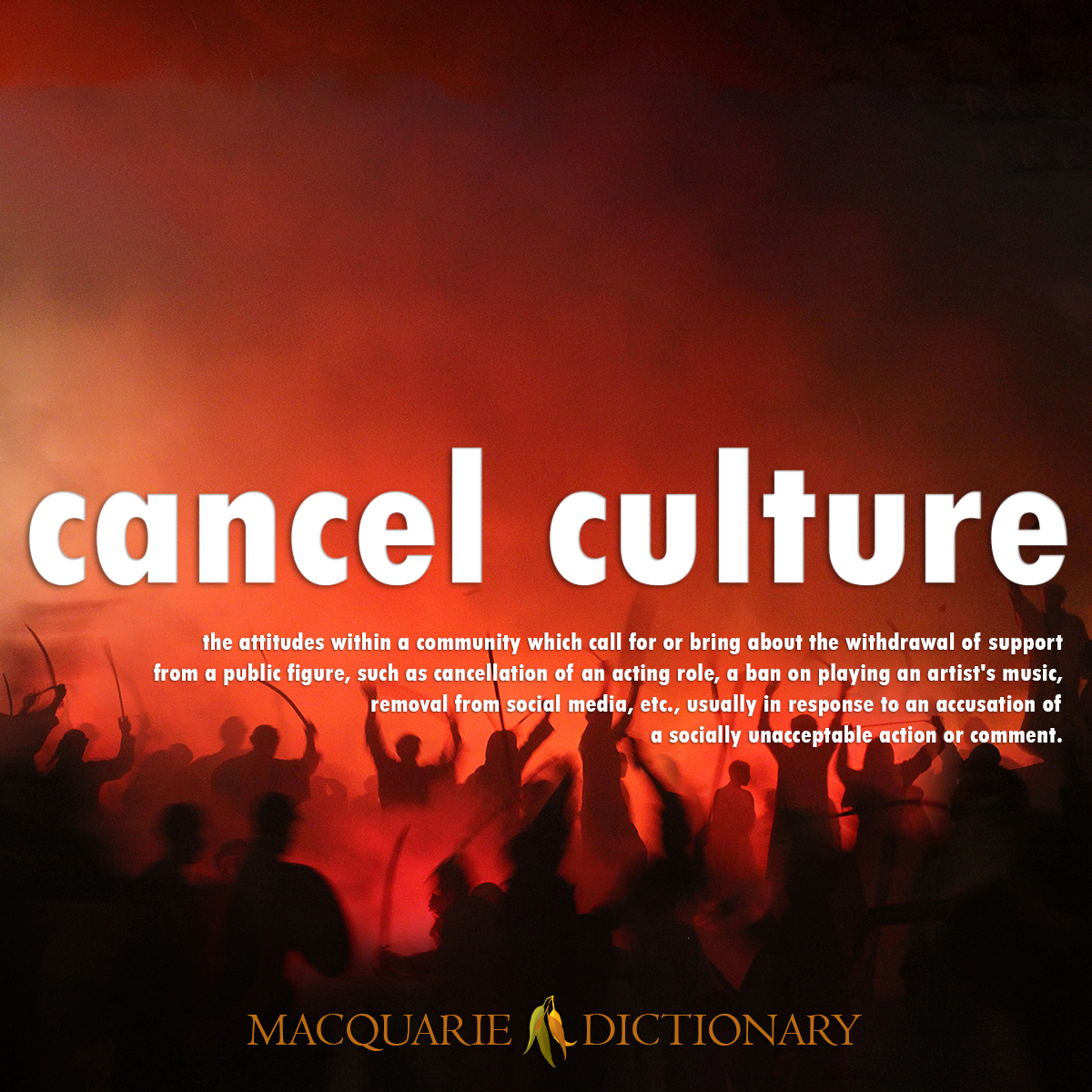 These words are selected and refined into a longlist by our editors from words that have been added to the Macquarie Dictionary throughout 2019. All of our candidates must be new words or meanings. In this, we differ from other dictionaries, as some simply choose the most common word being searched, or most topical word, regardless of its status as 'new'.

Of course, part of this is also understanding the definition of 'word' in this context being more akin to a lexical item, but there is more on that here.

We will be announcing our Word of the Year very soon, but other dictionaries have already starting naming their words that define 2019.

Dictionary.com's Word of the Year is existential. In a move to mirror Collins Dictionary (below), they have cited nonbinary [sic] as the runner-up. In Australia, this is spelt non-binary, but Dictionary.com have it listed as nonbinary.

Existential, as a word and theme, was prominent in discussions of topics that dominated 2019: climate change, gun violence, and democratic institutions. It also popped up in lighter stories in popular culture, signaling its place in the cultural zeitgeist.

The word has seen a four-fold increase since 2013, with news stories and images such as those seen in the BBC’s Blue Planet II steeply raising public awareness of the issue.

Oxford Dictionary have named their Word of the Year as climate emergency. Almost all of their shortlist revolved around climate awareness, with words such as flight shame, plant-based, eco-anxiety and climate denial rounding it out.

Climate emergency is defined as ‘a situation in which urgent action is required to reduce or halt climate change and avoid potentially irreversible environmental damage resulting from it.’

This year, heightened public awareness of climate science and the myriad implications for communities around the world has generated enormous discussion of what the UN Secretary-General has called ‘the defining issue of our time’.

Cambridge Dictionary have chosen their Word of the Year by looking back at their Instagram account and awarding it to the word, upcycling. This is an interesting way to make the decision, so we went back through the Macquarie Dictionary Instagram to see what new word we would be beholden to if we did it this way and came out with the niche and controversial cheeseslaw.

This word was chosen based on the Word of the Day that resonated most strongly with fans on the Cambridge Dictionary Instagram account, @CambridgeWords. The word … received more likes than any other Word of the Day (it was shared on 4 July 2019).

The Australian National Dictionary Centre has named voice as its Word of the Year.

Voice increased greatly in usage this year, as the idea of an Indigenous voice became prominent in public discussion.

Merriam-Webster have announced their Word of the Year for 2019 as they. From their announcement:

It reflects a surprising fact: even a basic term—a personal pronoun—can rise to the top of our data. Although our lookups are often driven by events in the news, the dictionary is also a primary resource for information about language itself, and the shifting use of they has been the subject of increasing study and commentary in recent years. Lookups for they increased by 313% in 2019 over the previous year.

In January 2020, the American Dialect Society announced their Word of the Year as (my) pronouns. From their announcement:

“When a basic part of speech like the pronoun becomes a vital indicator of social trends, linguists pay attention,” Zimmer said. “The selection of “(my) pronouns” as Word of the Year speaks to how the personal expression of gender identity has become an increasing part of our shared discourse."