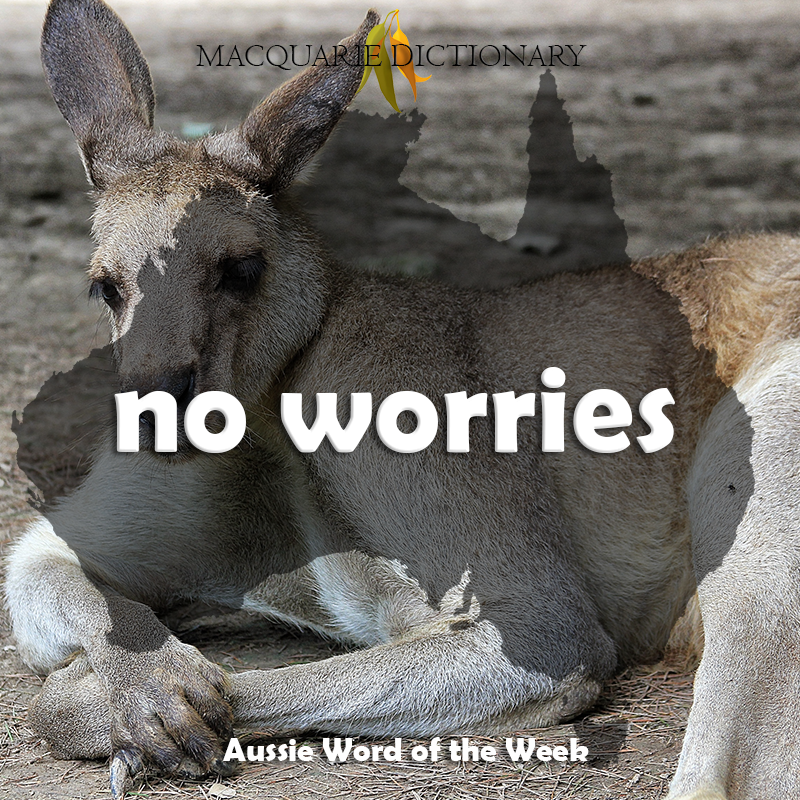 No worries, perhaps the most easygoing piece of Aussie Slang, has been part of our lexicon since the 1960s. Initially a way of saying, 'I'm good,' no worries has evolved into an expression of thanks, as in 'Don't mention it!'

In rhyming slang, no worries becomes no Arthur Murrays, or, in South Australia, no David Murrays.

No worries is so vital to Australian English that CNN's travel guide included it in a list of essential Australian phrases. But perhaps the most quintessentially Aussie version of this is no wuckers, which derives from no wucking furries, which is a respelt spoonerism of (no) f*cking worries.

Another version of this sentiment comes in the form of no problem, which is another way of saying 'everything is ok' and an expression of thanks that also originated in the 1960s. Also common is the shortened form no probs and the faux Spanish no problemo. The latter was picked up in Australia from The Simpsons and the movie Terminator II.