Youse ready to tuck into some tucker? 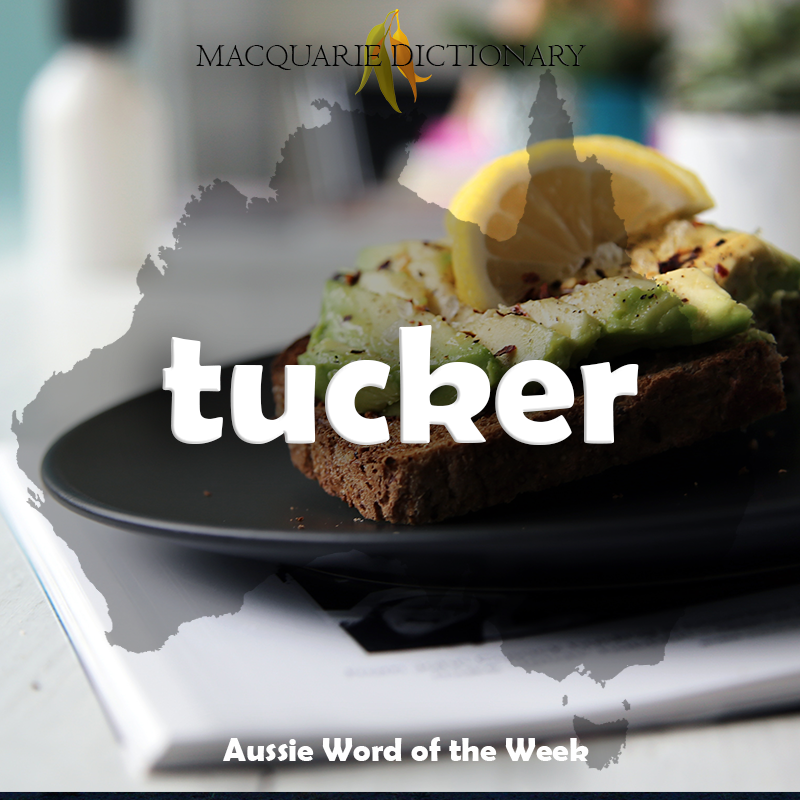 This week, our word is tucker. This is some great Aussie slang for food that has been in constant use since the 1850s. The original meaning is of a meal, that is, something to be tucked away (in the stomach).

It is also used in a number of compound words, such as in bush tucker, food from Australian indigenous plants and trees. Many Australians will remember bush tucker experiences in school.

Also for animals, dog-tucker and pig-tucker, though interestingly, pig-tucker is mostly used as a word in New Zealand.

It is also commonly used as a verb to tuck into a meal and for the word tuckerbox (made famous by the Dog on the Tuckerbox in Gundagai, NSW). Oh, and one more that we won't repeat here but will leave as an adults-only riddle, a colloquialism that means a microwave or a cook, or tomato sauce. Can you find what this word is?