The shifting sounds of words. 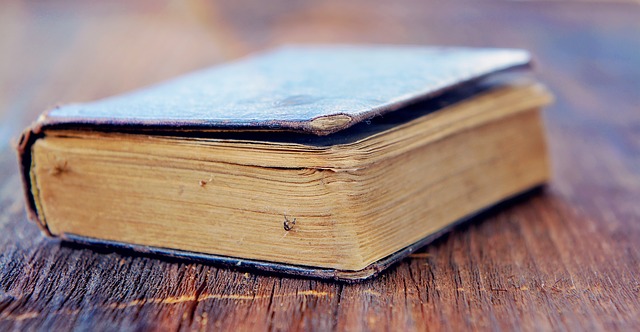 The pronunciation that bothers me most is one that I shouldn't really be fussed about at all. It is the shift in the pronunciation of worry which used to rhyme with hurry but now rhymes, more and more, with sorry.

This word has had various forms and pronunciations in its history in the English language. It started out as an Old English word wyrgan meaning 'to strangle' (from which we got the idea of the dog worrying the sheep, from which we got the notion of feeling upset and anxious).

The pattern with sorry is a perfectly logical one. I shouldn't worry about worry but I do because it is not the pronunciation that I learned as a child.

I am sure that everyone picks up on pronunciations that sound strange to them. Words change in meaning but they also change in pronunciation — we should learn to live with it.

The other thing we do is make up pronunciations for words that we encounter in our reading but have never heard said. We have a voice in our head as we read and it is reluctant to leave a hole for the words that we don't know so it makes up something that seems reasonable. Sometimes we live with these mispronunciations, never realising that we are out of step with the rest of the language community.

One of these is hyperbole. A youngish reader encountering this would think that they recognise the prefix hyper- which has the meaning of 'excessive' which seems to fit.  Then they add bole, not knowing what on earth that means but giving it an English pronunciation (the final e lengthening the middle vowel).

Unfortunately the word is from Greek, borrowed whole into English and given a by now well-established pronunciation /hy-per-bo-lee/ with the stress on the second syllable.

Then there are the foreign words. Indeed, quinoa is still a problem for us all. In Australia we give it a spelling pronunciation, remembering that qui- is /kwuh/ as in queen  followed by /noh-uh/. Or else we have registered that this is foreign and attempt /keen-wah/.

We are torn in this situation. Do we make some effort to give the word as it sounds in the language from which we have borrowed it? Or follow our English instincts. Of course we can never reproduce the foreign sounds perfectly because the phonemes or building blocks of sound vary from language to language. But we try.

Often we Anglicise the word and have done with it. There are many words in English which have been Anglicised, starting with the Latin words borrowed into Old English. More recently we adopted the word ski. In Norwegian sk is pronounced /sh'/ so we should be saying /shee/, but we Anglicised rapidly to /skee/. You will still find usage books of the day saying that /shee/ is the 'correct' pronunciation.

Then there are the oddities of English, some of them caused by various pedants, particularly a bunch in the 1700s who tried to tie words and pronunciations to etymology.

Thus pronounce is fine because it comes from Latin but through French.

Pronounciation would be the expected derived form, but no, there is a direct borrowing from the Latin pronuntio, and therefore the noun must be pronunciation.  We are still struggling with this and I have to say, I hear pronounciation increasingly.

Then there are the jokes. Our parents offer a humorous pronunciation, we listen and accept unquestioningly without getting the joke, and have the wrong pronunciation for life.

There was a period in the late 1800s where the British had a bit of a joke at the expense of the lower classes and humorously used the ignorant form obstropolous for obstreperous. Terrific joke. But I had a phone call from a primary school headmaster, recently retired, who had just realised that he had cautioned his students not to be obstropolous in all earnestness. Throughout his entire career.

An odd case is aks for ask - the transposition of letters. This has happened before in English. The word bird used to be brid but in Middle English it shifted from brid to bird. Wasp used to be waps. Horse used to be hros.

In the case of ask, the pronunciation is turning full circle. In Old English aks was the standard pronunciation but by the time we get to Middle English, the northern variant form ask has won out.

Certainly there are mispronunciations that are widely regarded by the language community today as errors. These are the ones that children are taught not to say, and aks is one of those. Appealing to its use in Old English is not going to help.

And of course there is the haitch/aitch debate, where haitch is actually winning.

I was told you could tell if someone had been educated in a Catholic school because they said "haitch" but I think that only applied in NSW.

My Dad used to say "haitch" and he certainly wasn't educated in a Catholic school. But then he came from Melbourne. He was also the only person I've ever known to say "fill-um".

I'd be interested to know whether the trends you've noticed apply across the English speaking world or just in Australia.

Australians often use words sounding like "flowen", "growen" or "blowen" in place of "flown","grown" or "blown". I had assumed this was an Irish influence until I remembered seeing, in a book I no longer have, a cartoon dating back to the proposed invasion of Britain by Napoleon, in which a British sailor's speech balloon included the word "flown", spelled "flowen". I now believe that the Australian "-owen" is submerged English. Does anybody know any more?

Kate Burridge has written a great piece on this, found here: http://www.abc.net.au/tv/canwehelp/txt/s2064556.htm