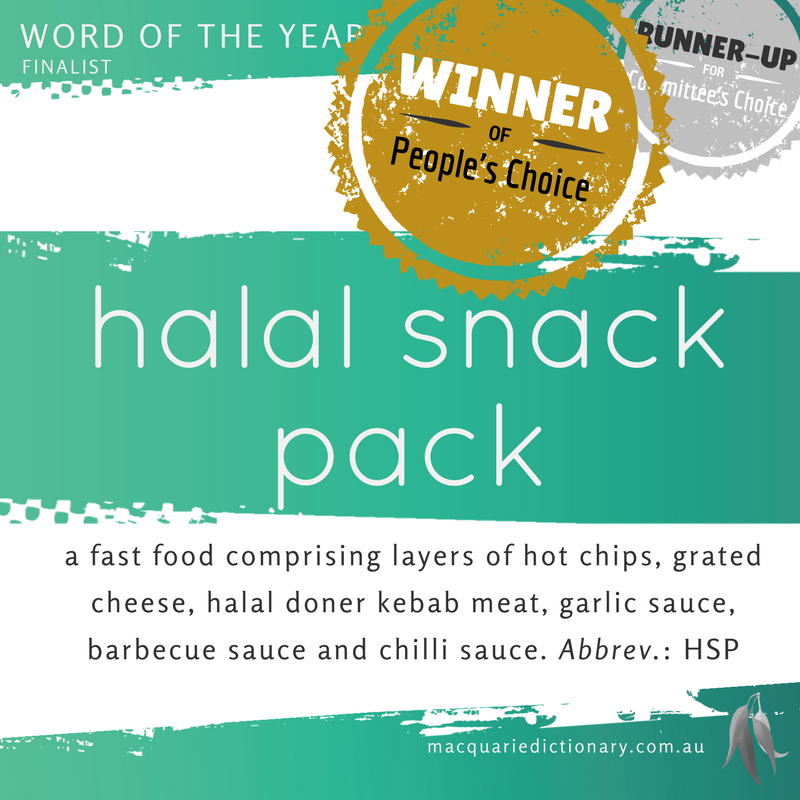 The People's Choice Word of the Year 2016 goes to halal snack pack! Honorable mentions go to alt-right and fake news.

Curious to know why we call it a word when it consists of more than one word? Technically it is a lexical item or unit of meaning. It's what we call the 'headword' in the dictionary.

So the people have spoken, spurred on by Sam Dastyari, and they have spoken in favour of the halal snack pack. I think it is the duty of lexicographers to, as much as is humanly possible, eat the food items that they put in the dictionary. How can you write the definition of HSP with enthusiasm if you have never sampled it? So today I ate my first HSP. I can understand why this dish has become the fast food item of the day. It is carbo-loaded, calorific sinfulness. Once started on it, you cannot stop.

Politics was big in the year that was, and so it is not unexpected that alt-right would be in second place. The success of extreme right-wing political groups in the UK, the US, France, the Netherlands and Australia is unprecedented.

The third choice, fake news, is an alarming development in mainstream and social media. The fact that we no longer know what to believe will mean that we cannot decide who to vote for.

The runner-up was enby which the Committee had also selected because it was a linguistic feat for an abbreviation NB for non-binary to become a word, and it represented the mainstream discussion of gender politics which had taken place during the year.

The Committee’s choice and the popular vote were basically aligned, although the emphasis was slightly different. Popular vote went for food first of all, and then politics. 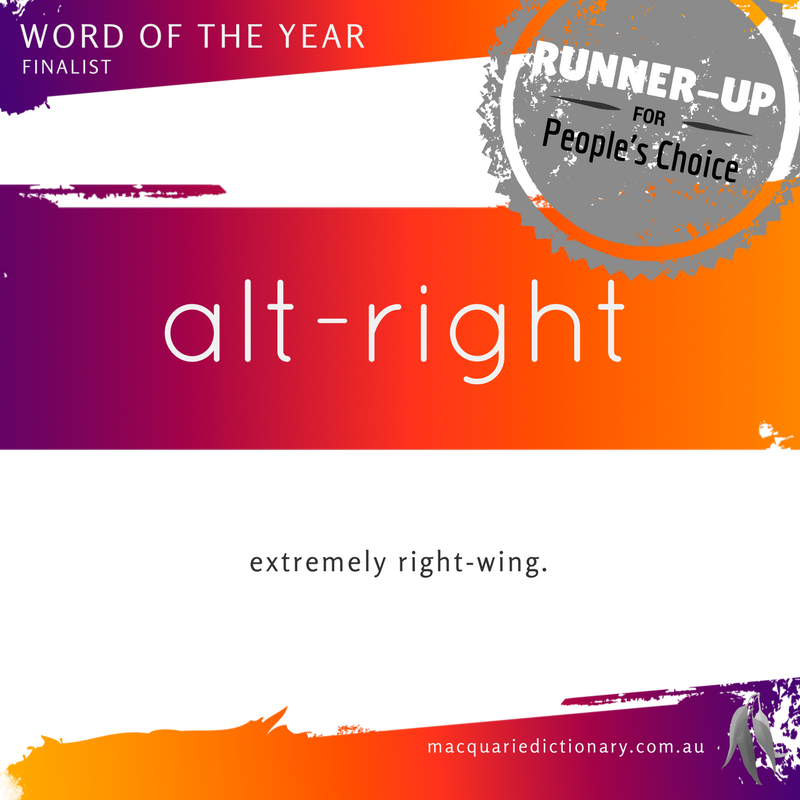 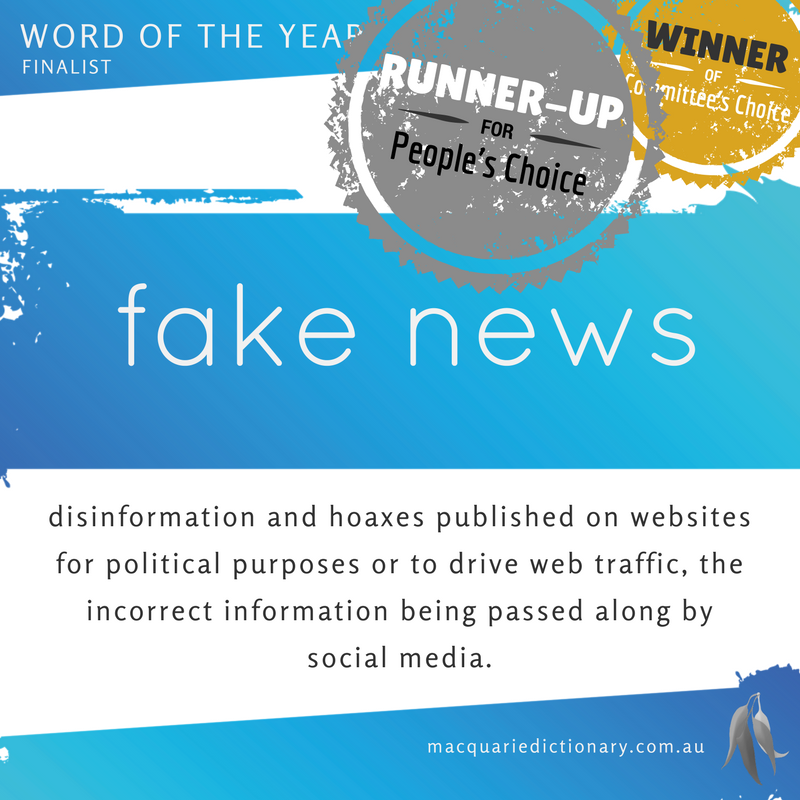