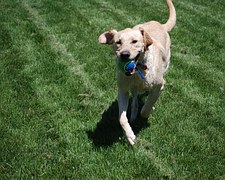 Are we coming or going?

I was listening to a story about the driverless car when it occurred to me that something the presenter had said was odd. I realised that the opening line had been ‘this far-flung idea of a driverless car is about to become a reality’. And I also realised that it had seemed odd to me because I would have expected a far-fetched idea.

A bit of research revealed to me that far-flung instead of far-fetched was gaining in frequency. But how could this be? English produced the adjective far-fetched in the 1600s, initially to describe a theory or an argument that seemed contrived and laborious. Someone had worked very hard over it, had fetched it from a remote corner of their mind, so to speak. It developed the meaning of ‘difficult to believe’ or ‘implausible’ from this starting point.

The description far-flung is more recent – the late 1800s, and has always been geographical. Something is far-flung if it extends over a broad region.

So why do we suddenly get these words confused?

I think it may be because they have become clichés. The whole point of a cliché, particularly in speech, is that we know it so well we don’t have to think about it, and that gives our mind the opportunity to think ahead to the next thing we want to say. Since we are giving these idioms half our attention, there is the chance for them to become derailed. In this case we have the initial far followed by a monosyllabic word beginning with f. That might be all it takes for the tongue to slide off in the wrong direction.

In addition, the word fetched is not as common as it used to be. These days we would prefer to say Will you get the hammer for me? rather than Will you fetch the hammer for me? So there is the temptation to replace fetched with the more common word flung. We are not comfortable using words that we don’t know, which is why we have such difficulty with a fell swoop, replacing fell, the word we no longer know, with foul or fowl. Better to have something that is ridiculous than to have something unknown.

Are there any expressions you've gotten wrong in the past? Tell us in the comments below.