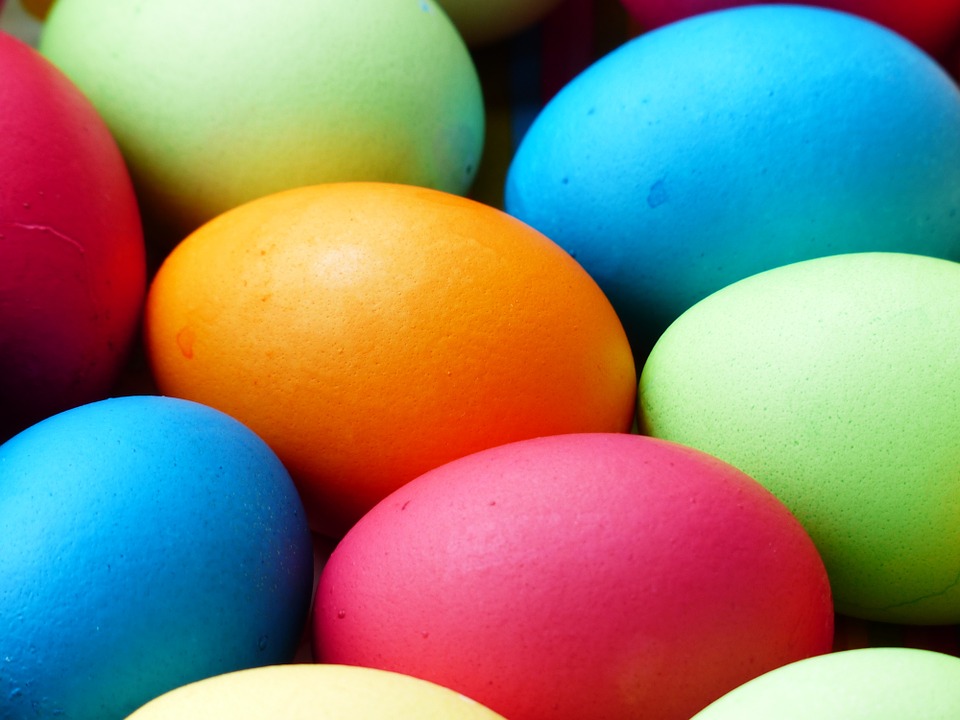 There is so much symbolism surrounding the festival of Easter that it is hard to unpick. We have covered the link in the word to the goddess of the dawn. There are similar forms in many languages going back to Sanskrit for something like eos meaning ‘the east’ and becoming the name of the goddess.

There is another word that surfaces in Easter ceremonies and that is the Pasch, from the Hebrew pesaḥ, which means literally ‘the passing over’. This is a reference to the Angel of Death who punished the Egyptians by killing their first born. The Angel flew over the homes of the Jews because they had splashed the blood of the lamb on the doorway to identify themselves. The passing over of the Angel became the Pasch, and all things associated with the Pasch are described as Paschal – notably, the Paschal candle, and the Paschal Lamb (who is now Christ).

There is also the amazing success story of eggs and rabbits, both separately and together. The egg as a symbol of life is brought into the story of Christ in various ways. Simon of Cyrene, the man who was ordered to help Christ carry the cross, is said to have been an egg merchant. When he finally got home he found that all his eggs were brightly coloured. In the Orthodox Church the eggs are painted, with the jewelled Fabergé egg the ultimate in this symbolic vein. In America 35,000 people are going to turn up at Easter to take part in egg rolling on the White House lawn. That’s 35,000 eggs you would think. I doubt that Simon would have believed an egg gig of these dimensions would be possible.

So what can Australia add to this tradition? The Easter Bilby has not entirely worked out for us. It is time to start afresh. Can we do something with emu eggs which are so much bigger and more striking than chook eggs? The topic of eggs of course brings to mind that well-known Australian expression ‘may your chooks turn into emus and bash your dunny door down’.  Is there the germ of an idea there for a very Australian Easter?

Read about The Easter bilby.