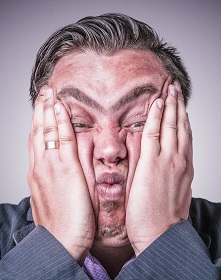 I know it is the time when we celebrate the new words in the English language, but it is also the time, as my friends at 2UE reminded me, when people like to consider the words they most hated in the previous year.

Often these are old favourites, and the chance to nominate a hated word simply provides an opportunity to tilt again at the windmill of changing usage. Words like gotten and irregardless are such familiar objects of scorn. The current use of literally as an intensifier and like as a punctuating word in various parts of speech are also popular with the haters.

Then there are the words which are overworked, words like awesome and absolutely. There are bureaucratic phrases (at this point in time) and polliespeak (lifters and leaners). Apparently So at the beginning of a sentence is incurring wrath this year. There are those who claim that Australians are particularly fond of using Look in this space. I personally have become sensitised to nuanced and drill down. Don’t we all hate the clichés that come so readily to mind and the filler words and phrases that we use, not to say anything meaningful but to give our brains some time to work out what to say next.

There are words which have unpleasant associations for us – goo and yuck and pus and secretions. It seems that moist is at the head of this list, although that seems to me to be a trifle harsh. The soil in my garden enjoys being a bit moist.

And there are the weasel words, words which try to disguise or sugar-coat their meaning. I think that defund falls into this category. There was a lot of government defunding in 2015, a lot of people and organisations who had their financial life support removed. Somehow defund sounds harmless, something you do on paper in a budget spreadsheet, not something that has an effect in real life.

The other word in this category that drew negative attention was problematic. I think this word is deemed to be problematic because people think it is snooty way of saying ‘I don’t like this’ without giving any specific reason but somehow claiming the high moral ground.

Perhaps you have a word or phrase that you learnt to hate in 2015? If so let us know and comment in the section below.

The Macquarie Word of the Year for 2015 was captain's call. Tell us what you think.

I hate the word narrative

Also, why do people (mostly sportspersons) say "yes-no" in interviews when they mean "yes"? Anyone else noticed this?

Well, we're in this space 'till we're moving forward.

I've never heard 'yes ... no' but I've often heard 'Yeah ... no' and I think it could be a polite, non-aggressive way of disagreeing: yeah [I hear what your saying, but] no, it's not gonna happen.

I agree, I am so sick of hearing the term "moving forward" especially in political speeches.

Two things that irritate me are: 1) the phrase "on the ground" to describe people who are doing something at a particular event (war, fire, festival - the list goes on); and 2) the use of cardinal numbers instead of ordinal numbers when saying the date. I know both of these have been around much longer than just 2015 but they still irritate me.

Space - I thought it was a vacuum.

I wasn't a fan of 'bitch' (or its variation 'bey-atch') used as a term of endearment. But maybe I'm too old to get the 'joke'?

Perhaps I am picky, but it really annoys me that the term "two-times" is used so much, particularly in advertising. The word is "twice". Do we really have to follow the Americans?

I agree too narrative