How our interactions with animals affect language 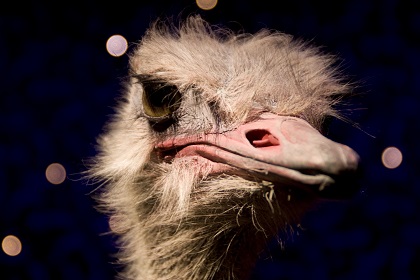 Human interactions with animals have given rise to many phrases in the English language. The animals may be wild, domestic or farm animals but, over the centuries, we have observed their behaviour and made reference to them in various ways.

Dogs and cats have been companion animals for so long that they have produced a number of such expressions. It may surprise people, however, to find that the phrase that has settled down as to rain cats and dogs meaning ‘to rain heavily’ started out in 1652 as to rain dogs and polecats. No-one knows the origin of the phrase no room to swing a cat, but the feeling is that it is a very old joke, and that the notion that it refers to the cat’o’nine tails is pure folk etymology. I do like the expression to look like something the cat has dragged in, which is a relatively recent one, from the 1920s.

Dogs too have contributed in this way. There is the sage advice to let sleeping dogs lie. The phrase the black dog as a reference to depression is attributed to Samuel Johnson who suffered mightily from it. To have a dog tied up is Sydney slang from the early 1900s and means ‘to have incurred a debt’. And there is the very Australian way of reckoning the cold at night by judging the number of dogs you need to have sleeping with you to keep you warm. A three-dog night is very cold indeed.

Then there are horses. To change horses in mid-stream is never advisable, as is locking the stable door after the horse has bolted.

Miscellaneous animals have given us happy as a pig in mud, like a bat out of hell, snug as a bug, till the cows come home, a whale of a time.

A very Aussie contribution is the imprecation may your chooks turn into emus and kick your dunny down.

The expression thank your mother for the rabbits meaning ‘that’s the end of it’ or ‘goodbye’ is not originally Australian but we know it and use it, partly because of Rex Hunt, who had a fishing show on television and used it as a sign-off. Folk etymology has that it is to do with the Depression during which a gift of rabbits for the dinner table would be worth a special thank you, but the phrase occurs earlier than this. Indeed the first citation is in James Joyce’s Ulysses (1922). So it may be an Irish contribution to Australian English.

Tell us more if there are any other phrases you know to do with animals in the comment section below.