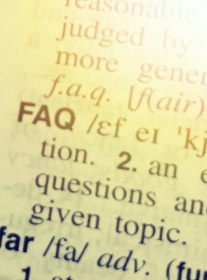 The most frequently asked question about the dictionary is ‘How do words get into the dictionary?’ The answer is simple – if we can find evidence that the word is being offered by some speakers and accepted and understood by others, that is, that it has currency, then it deserves its place. [Read more here about the processes involved.]

After that basic question has been answered, there are two common responses. People get a gleam in their eye and speculate on how they might get a word into the dictionary. Their word. Somehow slip it past me, the gatekeeper, so that even though it doesn’t really have currency, it will sneak in. Fortunately most people don’t have the stamina or the inventiveness to achieve success with that little bit of skulduggery.

The next thought is, if words go into the dictionary, do we also take words out of the dictionary? The answer to that question is that we rarely remove words from the dictionary although we might label them differently. They might acquire a note to the effect that they are dated or even obsolete, or an etymology that gives them a specific time and context. After all, if a word had currency in the 1800s in Australia and you are reading a novel of that period, you may well encounter the word and want to find out its meaning. The dictionary needs to be a guide to our past as well as our present.

All words that have frequency should go in the dictionary but that doesn’t mean that some of them aren’t more appealing than others. There are the witty ones – the dining boom that follows the mining boom, so that, instead of shovelling stuff out of the ground to send to China, we provide their emerging middle class with good food; the melodious ones – susurration for a whispering sound, or pellucid for translucent; the charming ones – spondonicles for billy tongs and Mrs Kafoops for someone whose name you can’t remember; the amusing ones – chateau cardboard for cask wine which becomes a Dapto briefcase or a Launceston handbag or a Mudgee red handbag, as the case may be; the regional expressions – thank your mother for the rabbits (a farewell in Melbourne), or a head like a busted sofa (Tasmania) or a cut lunch and a water bag as a measure of distance (common around the country).

People assume that as Editor I have enormous power over the language, but in fact I have very little. The dictionary, as a shared record, has a certain stabilising effect, but it is the power of a descriptive document, not a prescriptive one. What people say and write is what should be in the dictionary.