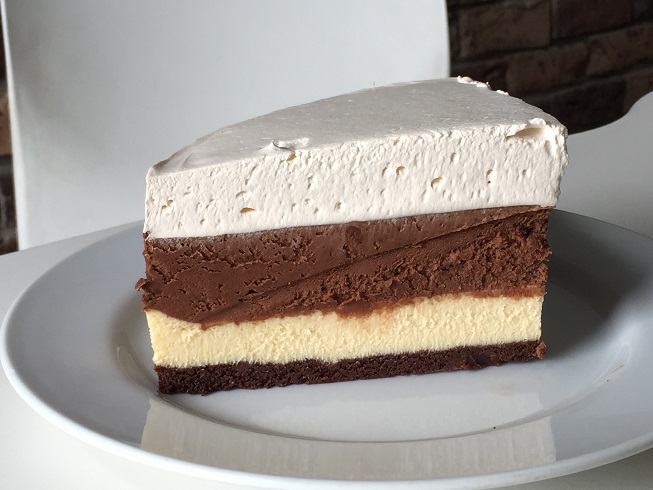 We had a celebratory cake yesterday that was called ‘mortal sin’, but was a mortal sin our just dessert? I suppose it is because of the confusion between one’s deserts (that which you deserve to receive) and one’s desserts (the yummy stuff that you eat after the main meal) that the noun desert has dropped out of use. It survives in the phrase just deserts but that phrase has to be carefully learned and controlled or else it will be a source of mirth. The noun desert is very old (it goes back to the 1300s) while the phrase just deserts appears in the late 1500s (‘ a just desert for such impiety’).

The term dessert was borrowed from the French at a much later date, the early 1600s, and ultimately comes from the French verb desservir meaning ‘to clear the table’. The idea was that you cleared all the dishes relating to the main course from the table and then put out some fruit and sweet dishes to finish off the meal.

There are those who argue that, because we are so familiar with dessert and so unaware of desert, thealteration of the phrase to just desserts is inevitable and we should relax and accept it. I am not quite there, yet. I don’t think that desert is entirely obsolete yet and I think we should be able to retain the distinction. You just have to remember that just deserts is what you deserve, and that dessert has a double s in it for lots of sugar. I am all in favour of mnemonics as a way out of a difficulty.