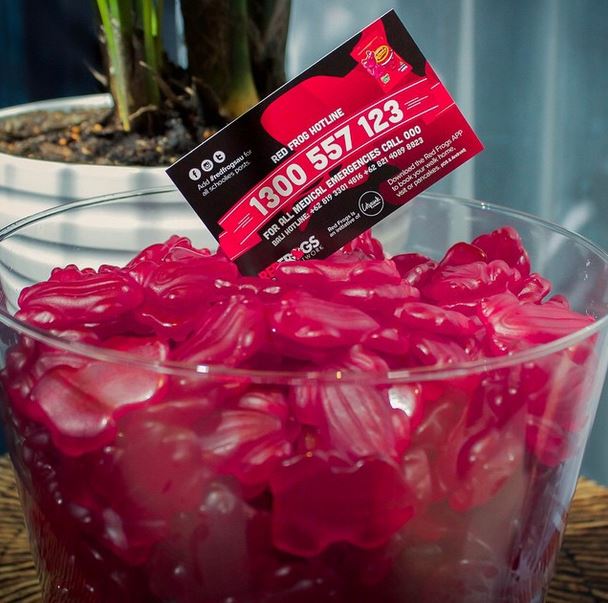 It is the season when the Red Frogs appear again. Their habitat is wherever schoolies might be celebrating schoolies week and they are there to help those who fall by the wayside. The term frogger made its first appearance in the dictionary last year and was one of the words in the selection list for Word of the Year 2013. Neither schoolies nor froggers seem to be in any danger of extinction, although some of the human species around them are severely stressed.

noun a volunteer representative of Red Frogs Australia, an organisation established to provide protection and guidance to young people gathered together in social situations in which they may be at risk, in particular from alcohol and drug use.

Hi Chris,
A bit of a stretch but we'd be be happy to say yes here in the spirit of things! Thanks for the heads up -- we were missing ranivorous as an entry.