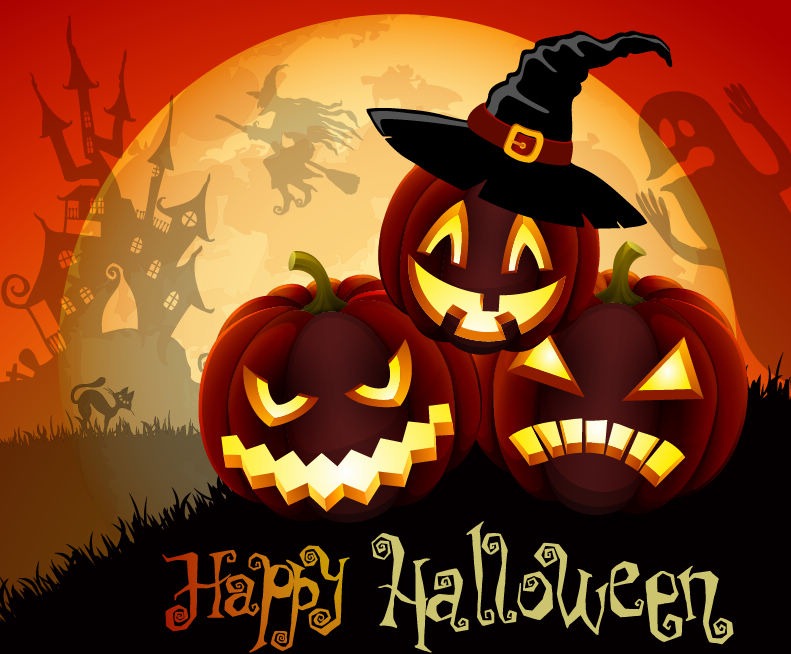 Our guest editor discusses the roots of 'Halloween'

Halloween draws nigh, the season for ghostly happenings and ghoulish dread. Also for garish toy pumpkins, fake cobwebs and sticky-fingered little people tap-tap-tapping at our chamber doors to raid our supplies of fun-sized treats.

Some—myself included—love the witchy mischief of Halloween, the chance for pranks, and dress-ups and ghost stories. Others find it overcommercialised—too many plastic decorations and movie tie-in costumes can be a little nauseating (like a too-quickly consumed supply of fun-sized treats).

The word Halloween has its roots in Old English, and means 'Saints’ eve', referring to the eve of All Saints Day, observed in some Christian traditions on November 1. Halloween is also associated with Samhain (an Irish Gaelic word from samh, meaning ‘summer’), a pre-Christian celebration marking the new year according to an ancient Celtic calendar.

Many Australians associate the trick-or-treating and pumpkin-carving aspects of Halloween with the US, but ‘mummers’ (a late Middle English word from Old French for ‘someone who wears a mask or fantastic disguise’) have been ‘guising’ (a Scottish usage meaning ‘to go in disguise’) around Europe for centuries. And before pumpkins, spooky carvings were made from the splendidly named mangel-wurzel vegetable (from the German word for ‘beetroot’).

Etymologically, the world of the supernatural offers English a tricksy mixed bag of Halloween treats: ghost, witch and warlock, like Halloween, come from Old English, spook comes from Dutch, spectre from Latin, ghoul from Arabic and goblin from German. Zombie comes from Kongo, an African language, and vampire comes from a word of Slavic origin, via French.

The name for that most terrifying of creatures, clown, has murky origins, but is possibly linked with an Icelandic word for ‘clumsy fellow’ (clumsy, terrifying fellow, if you ask me …)